Home » Akia Eggleston, 22: Due To Give Birth Any Day When She Went Missing

*UPDATE* CBS Baltimore has shared Akia Eggleston is suspected to be deceased and the father of her unborn child, 41-year-old Michael Robertson, has been arrested and charged with two counts of first-degree murder—for both Akia and her baby. He reportedly faces upwards of two life sentences if convicted.

Standing at 4 feet 11 inches tall, 22-year-old Akia Eggleston was a pint-sized powerhouse. She was already the mother of a two-year-old daughter, but Akia was eight months pregnant and looking forward to adding a new addition to her family. She knew she was having a boy, but the pregnancy hadn’t been easy. The doctors ordered her to bed rest because the baby was breech, not that she was following directions. And there was something else.

Initially, Akia was keeping the identity of her child’s father a secret from friends and family. However, Akia’s stepfather did a little digging and found out that the baby’s father was a childhood friend of his. He was shocked.

That didn’t stop the family from celebrating the baby boy’s arrival. It was just a month before her due date when Akia put down a $900 deposit for her baby shower, but when the day came, the pregnant mother didn’t show up. Her loved ones called and texted, but no one received a response.

“The day I received the case, myself and another detective went out to the apartment,” said Baltimore Police Det. Michael Reno. “We did an initial canvass. I talked to one of the maintenance men. The maintenance man said ‘Yeah, she was just here, I saw her an hour ago,’ so I was feeling pretty confident that ‘OK, I can clear this thing pretty quick.'” 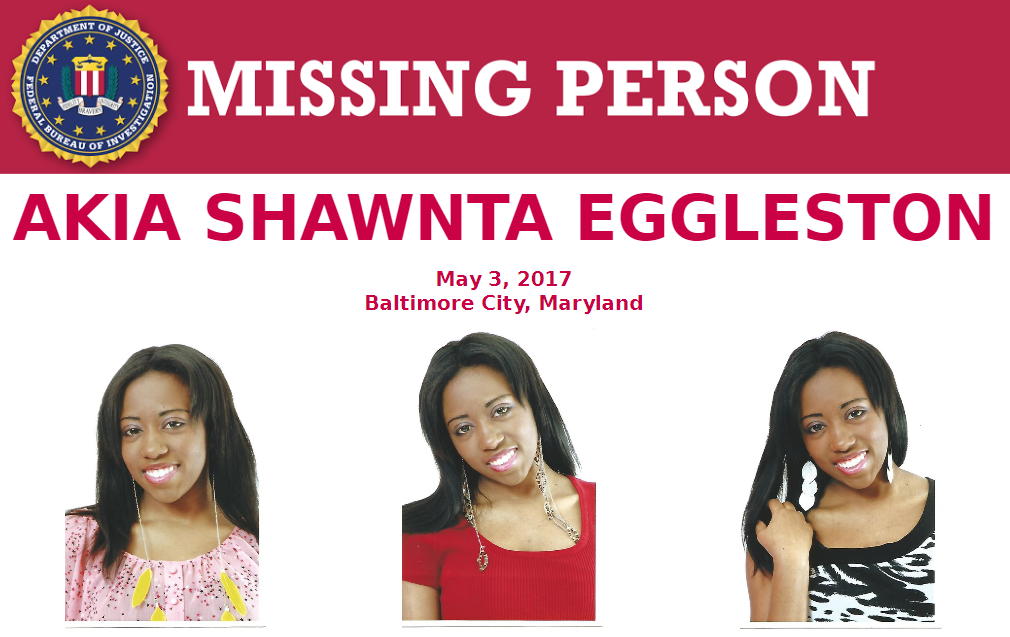 “She had a roommate, a female roommate,” said Det. Reno. “The 2-year-old would spend time with Akia, and spend time with her father. Now, the roommate also had a child. So there was two small children in the house and the two mothers.”

“We pulled the video from the apartment complex,” said Reno. “We pulled MTA, all the bus footage for the entire Cherry Hill area to see if we could get her getting on a bus. We’re talking hours and hours — all negative. We were trying to work a timeline, so we had to go back to when she was last seen and then go from there.”

“The bank surveillance shows us Akia at the bank by herself. She doesn’t look disheveled, she doesn’t look like she’s under any kind of stress, she’s there on her own,” said Det. Reno. “She presents a cashier’s check to the teller, she receives cash, and she leaves.

“We had her stop in several locations. We had her at the Royal Farms, where she takes money out of the money machine, and then goes to the counter, where she gets cashier’s checks. We have her at a Wells Fargo in South Baltimore, where she says she was waiting on a check to come in.”

It’s been almost a year since the last time anyone saw Akia, and while investigators are still hoping to find the young mother alive, all leads have run cold. Akia’s aunt, Sanobia Wilson said, “It’s very stressful, not knowing where your loved one is, and it’s like a nightmare. Every day you wake up, it’s a nightmare.”

The FBI is also offering a $25,000 reward to anyone who has information that will lead to finding Akia Eggleston.

If you have any information concerning this case, please contact the FBI’s Baltimore Field Office at (410) 265-8080, the Baltimore City Police Department at (410) 396-2499, your local FBI office, or the nearest American Embassy or Consulate.

Please share this story about Aki Eggleston to help reignite the investigation into her disappearance. She is our sister and her life matters.