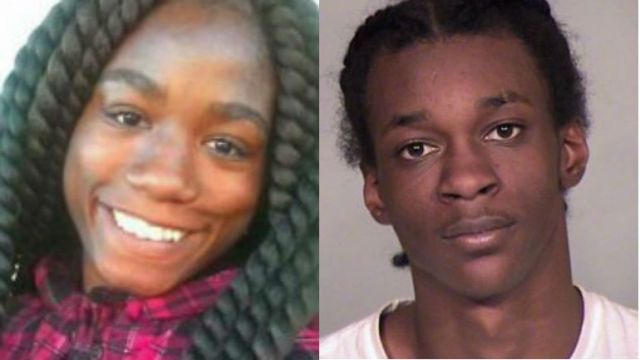 Stephanie Jones, 18, was a teen mother from Milwaukee whose life was cut short when the father of her child shoot and killed her in January 2017.

The couple had been dating on and off for years, and when Stephanie was 16, she became pregnant. Their relationship came to a tragic end when 18-year-old Hakeem Tucker broke into Jones’s home by crawling through her open bedroom window.

Stephanie Jones lived in the house with her parents. Her mother became alarmed when she spotted Tucker arguing and being abusive to her daughter. Jones’s father came rushing to her aid and that’s when Tucker turned and shot him. Tucker immediately focused his attention back to Stephanie and shot her in the chest. Jones’s mother grabbed her two-year-old granddaughter and ran from the residence for help.

Tucker was apprehended two days later when police were investigating a suspicious vehicle. They found him with a weapon when he was arrested.

It’s believed that Jones and Tucker’s relationship had been riddled with abuse from the beginning. Jones’s father was taken to the hospital and underwent surgery for his gunshot wound. He recovered.

In 2012, she was last seen leaving a barbershop before vanishing.

William Perry was just eight years old when his mother disappeared. He was with his sister, Wilmesha, and his grandmother, Linda Archie, when they stopped by Perry’s Cutz in Portsmouth, Virginia where his mother, Kathryn Griffin, often worked to help her former boyfriend. It was a barbershop where Kathryn was last seen on January 7, 2012, by the boyfriend after she asked to borrow his bicycle. Kathryn rode away from the shop around 12:00 p.m. and has never been seen or heard from since. END_OF_DOCUMENT_TOKEN_TO_BE_REPLACED