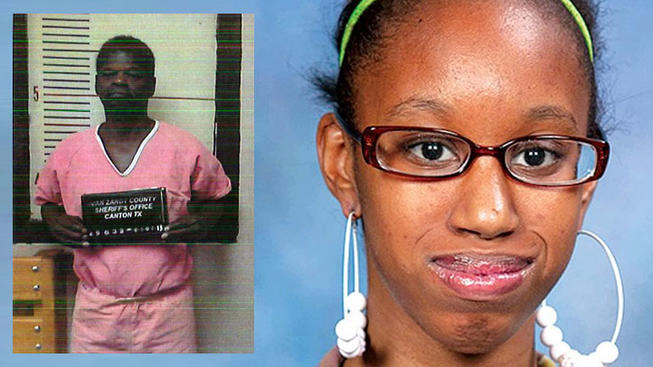 It was a regular, November 2 day in 2012 for 16-year-old Alicia Moore. She left for school that morning and by the afternoon the Texas teen was being dropped off by a school bus just a block away from her home. A surveillance camera inside the bus recorded Alicia stepping out of the large vehicle. No one knew that was the last video that would show Alicia alive.

Less than a week later Alicia’s remains were found inside of a furniture trunk along Highway 47, around 40 miles away from where she vanished in Greenville. Her family made tearful pleas to the public via media outlets. They begged for anyone with information regarding Alicia’s death to come forward so their family could receive some form of closure.

“Do the right thing and turn yourself in. That’s all we ask you to do so we can get some sort of peace from this situation,” Jessica Byrd, Alicia’s aunt, told The Huffington Post at the time.

Authorities kept details of the condition of Alicia’s body private, but they did say that she suffered some form of trauma. During their investigation, detectives learned that just months before Alicia’s body was recovered, her mother reported to police that 49-year-old Terry Dwayne Ramsire was sexually abusing her daughter. He was arrested and charged with sexual assault of a child and indecency with a child by sexual contact. The Huffington Post reported that Ramsire was behind bars when Alicia was murdered, but police were still investigating whether or not he may have been connected to the crime.

The person arrested for Alicia’s murder was even more shocking.

Almost six months after her death, Alicia’s 57-year-old great-uncle, Michael Moore, was taken into custody on charges of capital murder. His bail was set at $10 million.

DNA found on Alicia’s body matched that of her uncle. He attended her memorial service with the family and was described as being an intimate part of Alicia’s life. Many family members are still not convinced that Moore had anything to do with Alicia’s death, but a jury thought otherwise. In 2013, Moore was found guilty and sentenced to life in prison.

“I love him, and I’m not the one to judge him,” Byrd said. “He’ll have to deal with the man upstairs for that.”

In a jailhouse interview with KRLD, Moore denied that he had anything to do with his niece’s death and claimed she was “addicted to sex.”

According to Moore, this wasn’t the first time he’d been investigated for the murder of a child. There was a case in California where he was being investigated as the killer, but he claims that eventually another man was arrested and convicted of the crime.

She had just been in the hospital in critical condition after “being severely assaulted.”

This case comes from one of our readers who was concerned after they weren’t able to find any updates about Quahziah Bouie. The 15-year-old girl reportedly went missing from Davie or Miami, Florida, but the investigation into her missing person case remains unknown. New station CBS 4 Miami reported on the case in May 2014, but aside from one report and a listing on Black & Missing, no one has been publicly searchig for Quahziah. END_OF_DOCUMENT_TOKEN_TO_BE_REPLACED