In early September 2004, Amysena Chappell traveled from the Bay Area in central California to Hawthorne, more than six hours away. Some reports state that she had taken Amtrak to visit loved ones in the Southern California area and was supposed to contact her family in Antioch to let them know about the train arrival information upon her return.

However, relatives became concerned when they didn’t hear from Amysena Chappell, and when time continued to move forward without updates, they contacted authorities. A quick search of this case doesn’t bring up any further updates besides the fact that an 18-year-old girl vanished 14 years ago. Little information has been shared and news reports are scarce. Whether or not she made any other stops or met up with someone along the way is unknown, as is information about her personal life and friendships. There also hasn’t been any word about the friends or family members that she was visiting in Hawthorne nor what Amysena Chappell’s last movements were in the 24-48 leading up to her disappearance.

Don’t be fooled by misinformation propagated by certain sources on the internet that state Amysena went missing in Antioch. Her family assures that the last place she was confirmed to be was in Hawthorne and that she traveled there alone.

I also don’t know if she was traveling without a cell phone or if she even made it to the Amtrak station, but one thing is certain: her family is still searching for answers to their mystery. 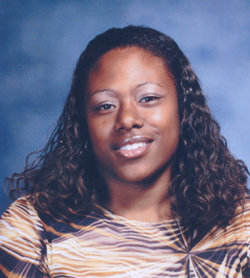 Amysena Chappell is described as being 5 feet 2 inches to 5 feet 4 inches tall with dark brown hair and eyes. At the time of her disappearance, she was 150 pounds. According to the State of California Department of Justice, Amysena didn’t have any dental X-rays available. They also said her last known whereabouts were in Antioch while her family insists she was last seen in Hawthorne. She is considered to be an endangered person

Anyone with information about this case is urged to contact the Antioch Police Department at 925-778-2441.

Please share this story regarding the disappearance of Amysena Chappell to help reignite the investigation into her case. She is our sister and her life matters.