For over 20 years, from the 1980s to the early 2000s, a serial killer stalked the streets of Los Angeles targeting black women in or around the South Central area, and some believe Anita Parker may be one of his victims. When local man Lonnie David Franklin Jr. was arrested, residents couldn’t believe that their helpful neighbor was responsible for the killings. More shocking were the hoards of photos that police discovered upon searching Franklin’s home.

There were over 1,000 pictures and multiple videos of girls and women, some who looked to be incapacitated or dead and others who were nude. Some of the women in the photos were found to be alive and claimed that Franklin never hurt them. Investigators learned that many women were deceased, victims of Franklin’s decades-long killing spree. Thirty-five of those women still have yet to be identified and police have released photos of these women hoping that the public can help identify them.

The last time Anita Parker was seen was on November 17, 1998. She was spotted around the 6000 block of Brynhurst Avenue in Los Angeles but has never been seen or heard from again. Although Anita hasn’t formally been named as one of Franklin’s victims, many believe that she could have crossed his paths with the serial killer somewhere in the neighborhood. However, her case still remains unsolved while investigators, family, and friends continue to search for answers. 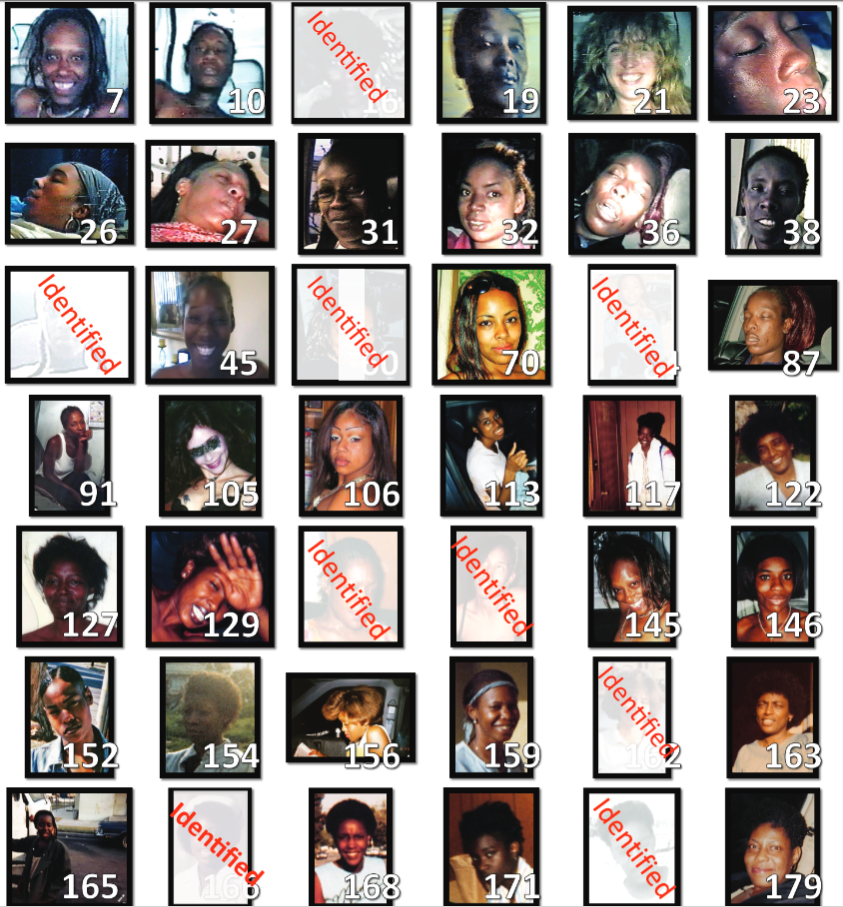 At the time of her disappearance, Anita Parker stood 5 feet 10 inches tall and weighed 135 pounds. She had black/dark brown hair and brown eyes. Anita has a scar on her right cheek and she was last seen wearing a crop top of an unknown color, a black jacket, and tennis shoes. Her middle name is “Yolanda” and she would be 60-years-old at the time of this publication.

If you have any leads or tips regarding Anita’s disappearance or about any of the women in the included photos, please contact:

Please share this story about Anita Parker to help reignite the investigation into her case. She is our sister and her life matters.