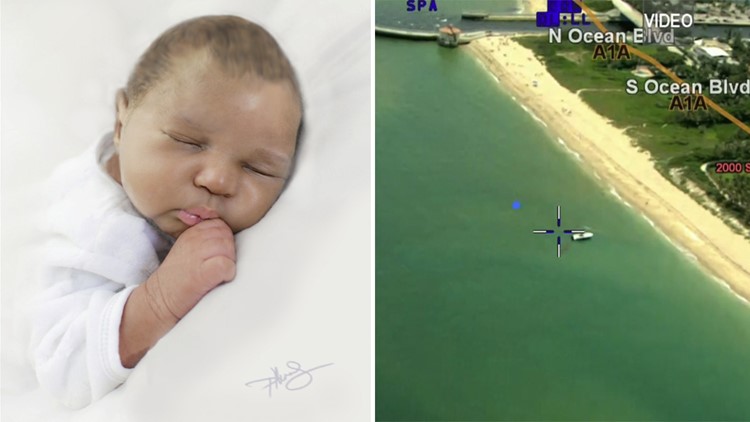 Boynton Beach firefighter Chris Lemieux was out with a few friends in Florida last Friday. The group was getting in some fishing time, taking advantage of the gorgeous beach views. The sun was shining brightly as the temperature rose.

Unexpectedly, the three friends spotted something in the water. They thought that a baby doll was floating near them, but upon closer inspection, they could see that it was a dead infant. One of Lemieux’s friends on the boat was an 18-year-old who was preparing to begin paramedic school, so they all used the opportunity as a lesson.

“I had a talk with him. (I said) ‘you’re probably going to see stuff like this in the future,'” Lemieux told The Palm Beach Post. “It’s part of the career as a firefighter/paramedic that we run into stuff like that. He understood what I was saying. I made sure he was OK.”

“It just blows my mind that you see stuff like that,” he continued. “You think, how the heck could somebody do something? I don’t know the situation, but you go through it in your mind. How’d it happen?”

Police believe the baby is black, Hispanic, or multiracial because of her dark skin. However, they aren’t ruling out that she may be white. They are completing DNA testing to get a clearer read of her potential ethnic background. She wasn’t wearing any clothing when she was found and investigators are still trying to figure out how long she’d been in the water.

It has also been suggested that the infant girl could have been a passenger on a boat with immigrants hoping to enter the United States illegally. Authorities said if so, she could have come from places such as Cuba or Haiti because the area she was found in is known as a popular landing spot for immigrants. Yet, there is still the possibility that she was an American who was the victim of a homicide.

Please share this article to continue the discussion about this unknown baby girl. Her life should not be forgotten.

She had just been in the hospital in critical condition after “being severely assaulted.”

This case comes from one of our readers who was concerned after they weren’t able to find any updates about Quahziah Bouie. The 15-year-old girl reportedly went missing from Davie or Miami, Florida, but the investigation into her missing person case remains unknown. New station CBS 4 Miami reported on the case in May 2014, but aside from one report and a listing on Black & Missing, no one has been publicly searchig for Quahziah. END_OF_DOCUMENT_TOKEN_TO_BE_REPLACED