Virginia’s history is filled with tales from American history that are riddled with racism and bigotry, and sadly, Breeja Wilkins may be added to that list. The state’s sordid history stems from the years of inequality and slavery, but although we’ve progressed since the signing of the Emancipation Proclamation, we still have a long way to go. 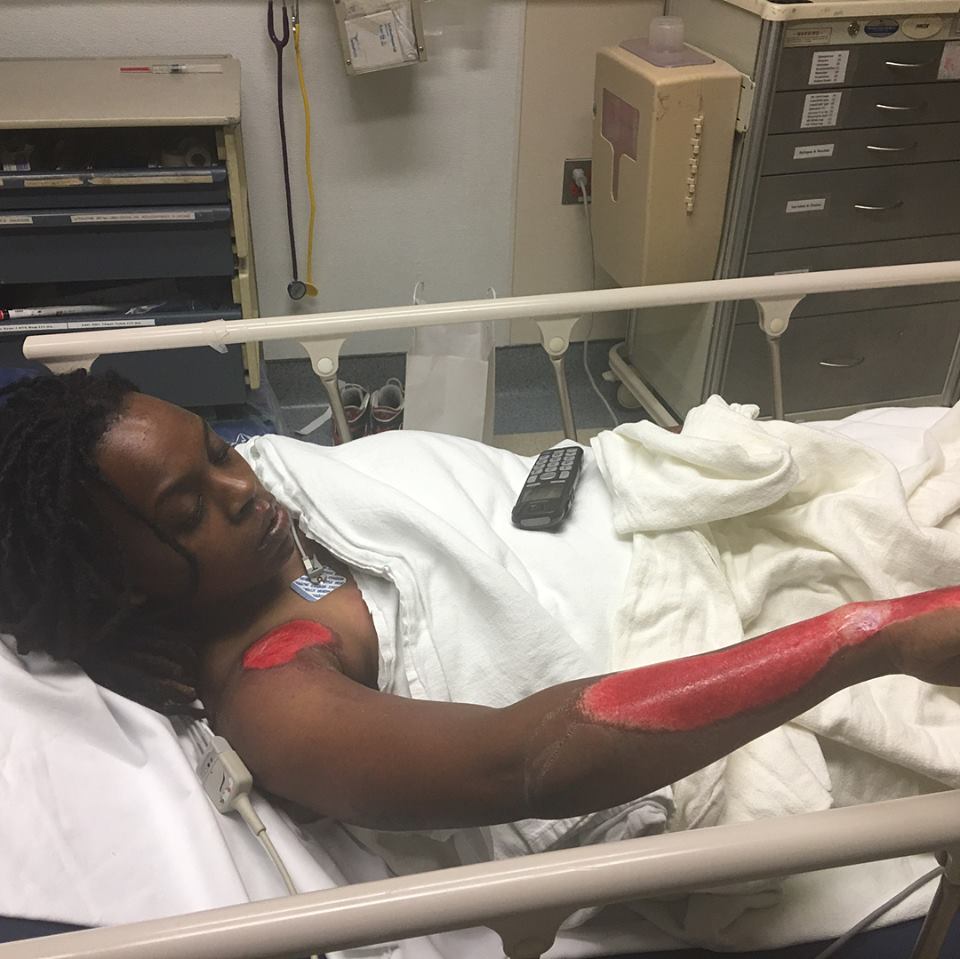 According to WUSA-TV, two parents in Virginia claim that their daughter, a 21-year-old woman named Breeja Wilkins, was the victim of a violent hate crime that almost took her life. However, while the man responsible for Breeja’s injuries has been charged, the victim also faces trouble with the law.

Back on May 20, Breeja and a friend were driving along Interstate 95 in slow-moving traffic when they noticed that one of the tires was having trouble. They pulled over and Breeja got out of the car to take a look at the problem. She removed her shirt because of the heat, but the next thing she knows, a White man in a pickup truck named Robert T. McGee thought it was the proper time to let his racism run wild and free. McGee began yelling at Breeja, calling her racist slurs and delivering offensive obscenities.

“He called her all kinds of names…names I’m not going to say,” Shaunta Wilkins, Breeja’s mother, said. While she didn’t go into detail, Shaunta did confirm that much of McGee’s cruel language included the n-word.

Breeja, rightfully upset about the encounter, yelled back at McGee. The man stepped out of his car and the two exchanged heated words. Then, McGee returned to his truck and started up his vehicle. Breeja thought he was getting ready to leave the scene and the fiery exchange was over, but instead, McGee stepped on the gas and headed straight for Breeja Wilkins. Not only did he hit her with his car, but he also dragged her body as he attempted to make his getaway. 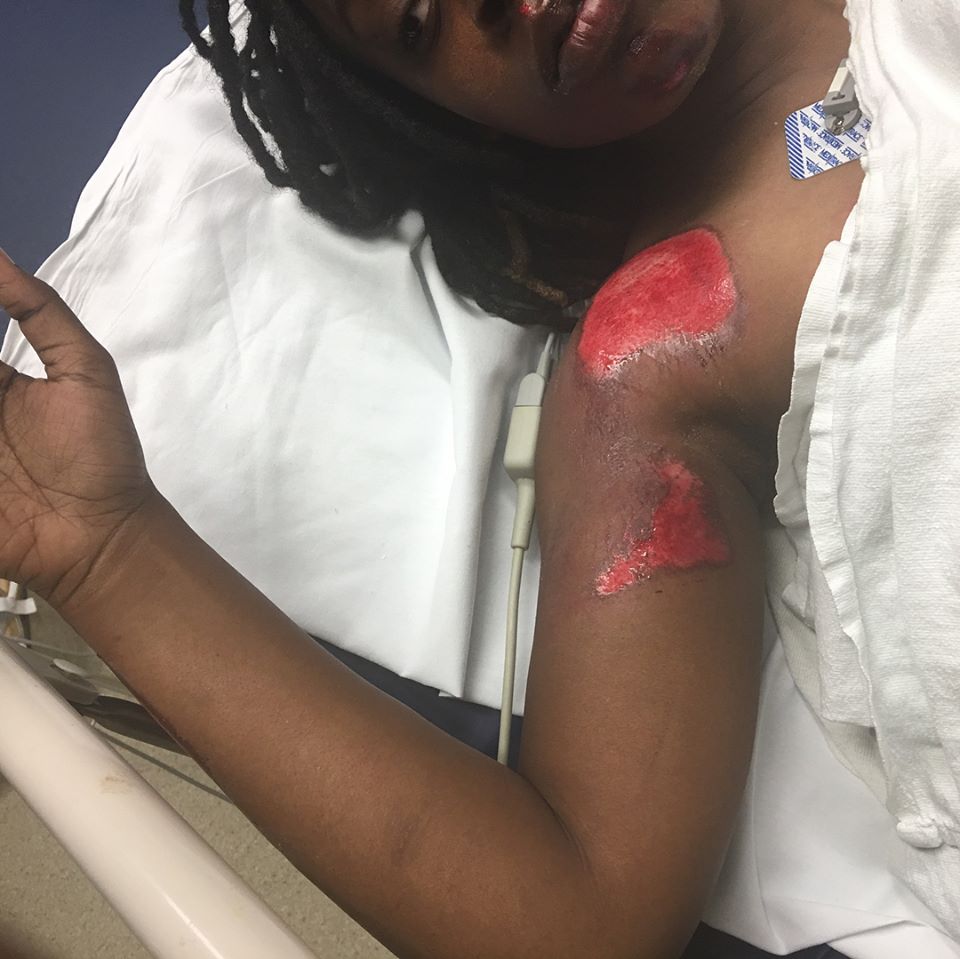 She was just on the highway trying to fix her tire in the sweltering summer heat and gets called a “b*tch,” a “n*gger,” and was run down with a truck by a racist.

McGee was later charged with one felony count of hit and run and one misdemeanor count for assault. Critics believed that a hate crime or attempted murder charged should have been added, but they were absent from the list.

Photos of Breeja’s injuries have been circulating on social media under the #JusticeForBreeja hashtag and the responses from the public have been utter disgust. The pictures show Breeja’s battered body, skinless from where she was dragged against the pavement.

“Only thing [police] told us is they may charge her with obstruction of traffic,” Breeja’s father, Kevin Boston, said.

Breeja Wilkins was ticketed for her participation in the incident, the Virginia State Police have confirmed.

“Traffic summons for being a pedestrian on the interstate and improper stopping on the interstate,” they said. Breeja’s cousin Monique Moore wrote on Facebook that the police attempted to intimidate Breeja with threats of charging her. 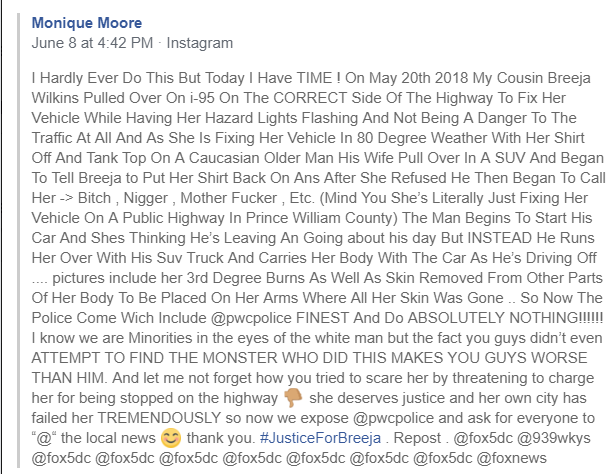 The attack is still under investigation and Breeja is living in fear. She told her parents that she ran into McGee just a week ago. Her parents want this case solved and completed sooner than later for the safety of their family.