When Erika Hill was born, the odds were stacked against her. She came into this world a beautiful bundle of joy, but her mother, a drug abuser, wasn’t healthy enough to support children. According to a male relative who wanted to share details about the story yet remain anonymous, the mother gave up her child almost immediately after Erika was born in 1992 to a female family member who raised her until 2001 in Joliet, Illinois. The woman died that year and within days of her death, the mother’s cousin, Marie “Minnie” Hill, picked Erika up from school and took her to live with her in Wisconsin.

“She officially stole her, for lack of a better term,” the anonymous relative said. He is 19 years Erika’s senior, so he and his family drove to Wisconsin from South Carolina to take Erika back with him. The little girl didn’t want to live in the South and stated she wished to remain with Minnie.

What Erika endured was a nightmare.

Erika, along with a number of other children that Minnie cared for, were beaten and tortured daily. Between 2000 and 2005, there were investigations into the abuse going on in the Hill home, but Erika remained there to suffer in silence as nothing ever came of them. As far as Erika’s older male relative knew, Minnie was a devoutly religious woman with a stable job working as a Special Education teacher. He said he knew that Minnie was a victim of childhood physical and sexual abuse herself, so he never believed that she wouldn’t do anything to harm any of the children in her care. Neighbors and members of her community described her as a normal mother and caregiver. They said she was a kind-hearted person.

Years later, the anonymous relative tried searching the internet for information on his sister Minnie but came up empty. He was unaware that while living in Wisconsin, Minnie legally changed her name to Taylin, making it difficult for family and authorities to find her.

Meanwhile, Erika Hill and the other children were in a dire situation. They were all pulled out of school in an effort to hide the physical abuse. At one point, Erika’s hand was smashed with a hammer and she was taken to the hospital. She would have received proper medical care, but when a nurse asked for Erika to change into an examination gown, Taylin cut the visit short and took Erika home. The scars on her body would have shown years of insurmountable abuse that would have launched a lengthy investigation into Taylin Hill, and Taylin couldn’t have that happening.

In 2007,  two brothers were driving down an alley in Gary, Indiana when they spotted something strange in a garage. They thought they saw badly burnt human legs, and upon inspection discovered a decomposing body. They alerted the police who dubbed the young Black girl in the garage the “Lake County Jane Doe.”

The condition of Jane Doe was horrific. There were burn marks all over her body but no signs that a fire had been set inside of the garage. She was also covered in innumerable injuries, all in varying stages of healing. Her teeth were broken and some were missing. There were numerous stab wounds. Her body had undergone painful blunt force trauma. However, the medical examiner determined that her cause of death was suffocation. A cloth was found stuffed in her mouth. The National Center for Missing & Exploited Children created artist renderings of what the girl may have looked like. The condition of the body made it impossible to identify the victim.

For eight years, the mystery surrounding the Lake County Jane Doe went unsolved. That is until 2015 when Taylin’s 25-year-old daughter reached out to Gary detectives and told them an unbelievable story about how she helped her mother dispose of a dead body. She had been seeing a therapist and upon sharing the story, was urged to contact the police. 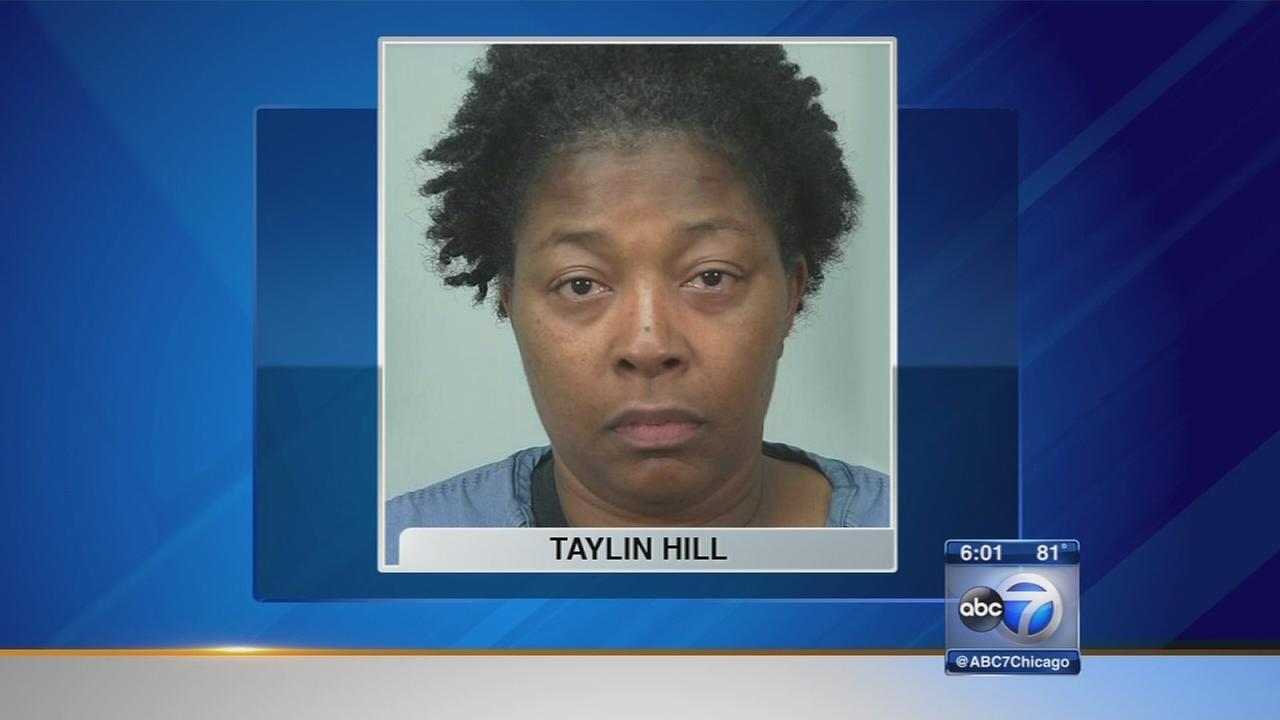 According to Taylin’s daughter, her mother was a viciously abusive woman, but Erika bore the worst of it. At one point, Erika Hill was beaten so badly that Taylin’s daughter said the girl looked “gray.” It was obvious that Erika’s health was rapidly deteriorating.

One evening, Taylin’s daughter said that she and her sister were at work when their mother called and told them they needed to rush home due to a family emergency. Once they arrived home, Taylin told the girls to go into the bathroom. It was there that they found Erika’s lifeless body.

Still unsure of what to do, Taylin kept Erika’s body in the bathroom until the next day. She had her daughters help her move Erika to a downstairs area in the home where she attempted to remove all of Erika’s teeth in hope that the teenager would never be identified. The three ladies then loaded Erika’s body in a van and traveled to an underpass in Chicago where they lit the body on fire and left it there. They all returned to Wisconsin, but Taylin’s daughter said her mother wanted to go back and retrieve the body because she was concerned that an elderly person might stumble upon the remains and have a heart attack. That seems illogical, but once again Taylin and her daughters went to Chicago, found Erika’s body right where they left it, and took it to Gary where they disposed of it in a random garage. If anyone asked about what happened to Erika, they were told that she went to live with a family member in Illinois.

Taylin’s daughter told police that she and her sister were already scared of their mother, but knowing that she killed Erika forced them to comply with her plan of disposing of the body out of fear. Detectives pulled records and cross-checked the daughter’s story to see if there could be any truth to the sordid tale. In the end, they found her to be truthful. The women never talked about what they did to Erika since dropping her body off in a garage, but in 2015, Taylin’s daughter began looking into whether or not anyone ever discovered Erika’s remains. She saw that a Jane Doe was found, and wanted to make things right by contacting the police.

In the Fall of 2015, Taylin Hill was arrested and charged with first-degree reckless homicide and six charges of child abuse. Wanting to avoid a trial, Taylin pleaded guilty to lesser charges and was sentenced to 20 years in prison—not nearly enough time for the pain, suffering, trauma, and psychological and physical torment she exposed those children to, let alone murdering a defenseless, terrified teenager.

In another tragic turn of events, just two years after Erika was murdered, Erika’s mother passed away.

If you believe that a child is being abused, or you are a victim of abuse yourself, the Childhelp National Child Abuse Hotline is open 24 hours a day, every day. Please call 1-800-422-4453.

Please share this story of Erika Hill and the tragedy surrounding her death. Her precious life was cut short and I know that her death was not in vain. She was our sister and her life mattered.