Life wasn’t always easy for Bengie Lynn Tyson. She’d had minor run-ins with the law, battled substance abuse, and was the mother of a young son who lived with his father. Though Bengie would often travel and move from place to place, she maintained an open dialogue with her parents, speaking to them frequently by letting them know where she was.

In 2009, Bengie was supporting herself by working as a waitress in Phoenix, Arizona. She had her own place and things were looking up for her, except that she was in a relationship with a man that her parents didn’t approve of. They describe the relationship as being unstable.

“She tended to gravitate toward the low-life people with lower self-esteem than her who needed her help,” said Bengie’s father Byron Tyson. “Benji always suffered from a self-esteem problem. Maybe we didn’t do enough to build it up.”

Thanksgiving Day in 2009 was the last time Bengie’s family heard from her. Her parents had taken Bengie’s son to visit a relative and while on the phone with them, Bengie became upset for an unknown reason. She stated that she was near Billings, Montana, and then she spoke to her son. No one has heard from her since. 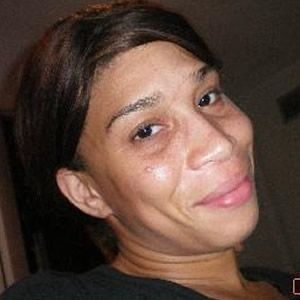 As time passed and Bengie’s parents couldn’t reach her, they began to worry and soon filed a missing person report. They were also able to get in contact with Bengie’s boyfriend, but he spun a tale regarding her whereabouts that they just didn’t believe.

“He claims the last time he saw her they had an argument and she wanted to leave,” Byron stated. “He says he took her to a truck stop and she got into a white SUV.”

At the time of her disappearance, Bengie drove a blue 1999 Chevrolet Silverado truck that was equipped with a tracker. It was purchased under the name of Andrew Brown with an address in Montana. In January 2010 the tracker was disabled, but the truck’s last location was in Portland, Oregon.

Police questioned Bengie’s boyfriend about her disappearance, but her case has gone cold and there have been no new leads. Her parents have a close relationship with Bengie’s son and reassure him that he is not at fault for her disappearance. They hold out hope that she is somewhere alive and that they will one day see her again.

“We just want you to know that we miss you and love you,” Bengie’s mother Rexie said. “We pray for your safety every day.”

Bengie Lynn Tyson has light brown hair, brown eyes, and freckles. She was 32-years-old when she was reported missing and stands 5 feet 5 inches to 5 feet 7 inches tall at 120 to 140 pounds. She has a two-inch scar on her forehead and tattoos including a Yin Yang symbol, Chinese characters, an elephant on her back, and another unknown tattoo on her abdomen. The clothing she was last seen wearing is unknown. She has used the alias Phyletta D. Mueck, but when police searched if she used the name to travel at bus stations in the surrounding Billings area they didn’t come up with anything. Other investigative tactics are not known.

If you have any information regarding Bengie Lynn Tyson or her whereabouts, please contact the Billings Police Department at 406-657-8461 or your local authorities. She is our sister and her life matters.