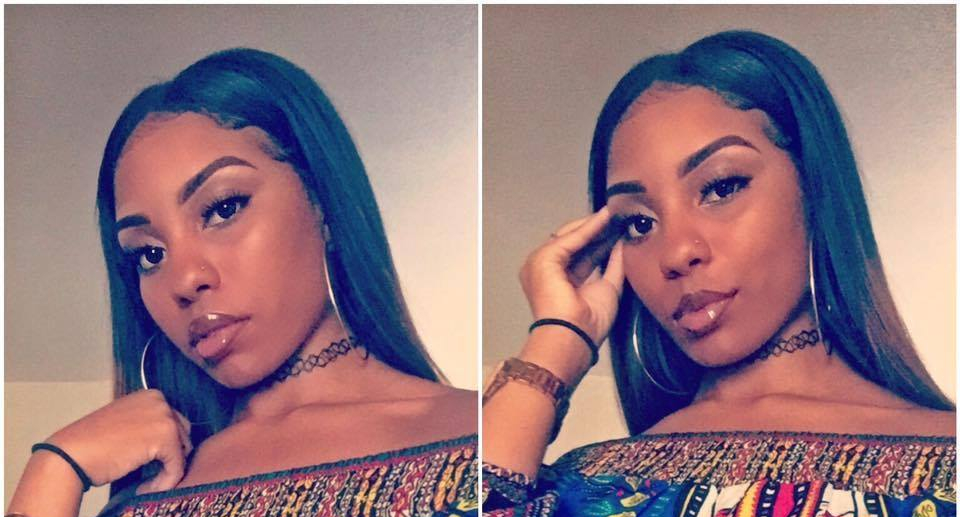 UPDATE: Suspect John Cowell has been taken into custody. According to witnesses a mother and daughter recognized Cowell from news broadcasts. They claimed that Cowell was following them so they tried to get help. They did call the police who responded to the scene, but took a half an hour to arrive. The mother said that the police officers dismissed her and her claims. Cowell was arrested without further incident.

Police in Oakland, California are frantically searching for a suspected white supremacist murderer after he randomly stabbed a black teenage girl to death while injuring another.

Yesterday evening, Nia Wilson, 18, and her older sister, 20-year-old Tashiya Wilson, were at the BART MacArthur train station when they were ambushed by a heavyset man named John Cowell. The girls were standing on the platform when they were attacked. Tashiya, who is named in some reports as Latifa, was taken to a nearby hospital where her wounds were treated. Nia was stabbed in the neck and died from her injuries.

BART released a statement regarding the incident, stating, “The BART Police Department is releasing images of the suspect wanted for fatally stabbing 18-year-old Nia Wilson and wounding her sister at MacArthur Station Sunday night.  BART police officers were already at MacArthur Station when the incident occurred at approximately 9:36 pm and were flagged down about a male suspect on the platform with a knife.  Officers arrived on the platform and found two women suffering from stab wounds.  Officers immediately began rendering aid to the victims until paramedics arrived.  Nia Wilson succumbed to her injuries and was pronounced dead at the scene.  Her sister was taken to a nearby hospital.”

Witnesses told authorities that the vicious assault was quick. Cowell was riding in the same train as the sisters and upon exiting stabbed them, then ran from the platform. He made his way to a parking lot where he was seen on surveillance footage changing his clothing, a move that makes police believe that his actions were premeditated. A knife was found by police near the scene of the crime, but it’s unclear as to whether or not it was the weapon used.

Surveillance cameras at the BART station caught the entirety of the attack on film but still relied on eyewitnesses to describe Cowell. There were conflicting accounts, but images from BART showed that the murderer is about 5’8″ with short dark hair. He’s also described by authorities as being approximately 180 pounds. At the time of the attack, he was wearing a gray and white tracksuit while carrying a backpack (pictured below).

There is a current manhunt in motion for John Cowell as he has yet to be apprehended. It is unclear whether he is still in the Oakland area and it’s possible that he has left the city. He is considered armed and dangerous. Police believe that his attack on the Wilson sisters was racially motivated. He is described as being a drifter or a transient without a home, so he has no known home address.

Before anyone wants to shift the blame away from Cowell: this was a calculated attack that happened without provocation. There was no argument or fight between the sisters and their attacker. Cowell rapidly stabbed them without warning or words being exchanged.

The Wilson family were already in a season of mourning as they were celebrating the birthday of Nia’s late boyfriend who died two years ago in an accidental drowning.

Ansar Mohammed, the father of the victims, said, “I want justice for my daughter. I work at Highland Hospital and I see this every single day. I never imagined myself going through nothing like this. That’s my baby girl up there.”

“He stabbed my daughter repeatedly,” the father said while crying. “This is a parent’s worst nightmare.”

Considering that the incident happened at 9:45 p.m. yesterday, one would believe that a murderer running the streets of Oakland is enough to cause authorities to release information regarding the suspect. However, Cowell’s photos and details about the crime weren’t published until late this morning.

Nia’s family set up a GoFundMe account to help with the expenses of paying for the young girl’s funeral. Her older sister, Malika Harris, wrote:

“My little sister 18 year old Nia Wilson was on bart in Oakland ca, heading home with her other two other sister’s on her father’s side of the family, (Nia older sister was also stabbed and is currently in the hospital in icu) when Nia was randomly attacked and stabbed to death by a White supremacy male who has yet to be arrested for this hate crime.

“Nia was a 18 year old young woman who was full of life, smart and beautiful beyond word’s. Nia loved to do makeup, hair and get dolled up and enjoy life. Nia is a very caring and giving person who was in the wrong place at the wrong time. Shouldn’t no mother or father have to put their 18 year old innocent child to rest because of a hateful inconsiderate person. We just want justice for Nia. Please for my family thank you. Nia will be loved and missed by so many family and friends. Please let’s end racism all over the world Nia did not deserve this.”

Again, John Cowell is still unaccounted for. If you believe that you have seen him, please DO NOT approach him. He has already killed once, we don’t need anyone trying to be a hero and becoming a victim. Contact your local authorities if you think you have information regarding John Cowell’s whereabouts.

And please, save your rhetoric about him being mentally ill. He’s a murderer.

Share this story about Nia to continue the discussion about her brutal slaying. She is our sister and her life matters.