Even those classified as runaways deserve our attention, especially when it’s been over 10 years with no word. Such is the case of Shemika Cosey who went missing when she was 16-years-old back in 2008. It was in the month of December when Shemika was staying the night at her cousin’s house in Berkley, Missouri just a few days after Christmas. When everyone woke up in the morning, they noticed that Shemika was gone.

Shemika’s clothing and personal items were left behind and the family saw that the front door was unlocked. Police suspect that she left of her own accord somewhere between the hours of 1:30 a.m. and 8:30 a.m., however, they have no leads as to where the teen went or if she was traveling with someone else.

There were no signs of a struggle. Nothing in the home was out of place or disturbed. There weren’t any signs of foul play. Paula Hill, Shemika’s mother, told STL Today, “We never heard anything again. It’s like she vanished. We have nothing to go on.”

For years, the family of Shemika Cosey has had more questions than answers. Investigators have labeled Shemika as an endangered runaway and shared that she frequents the East St. Louis area. Even though it has been over a decade since Shemika’s family has had any contact with her, police have said that there is no foul play suspected in her case. The length of time that has passed has caused some to change their opinions.

Years after she disappeared, Shemika’s relatives reportedly located a notebook that they had never seen before. Inside, Shemika Cosey reportedly wrote about a secret boyfriend who may have impregnated her. Police did speak with the alleged boyfriend, but he reportedly did not give any information that was helpful to their investigation. Although some relatives do believe she left of her own volition the evening she disappeared, Shemika’s mother does not think her daughter intended to never return and has been met with danger. There are fears that she may have become a victim of human trafficking. 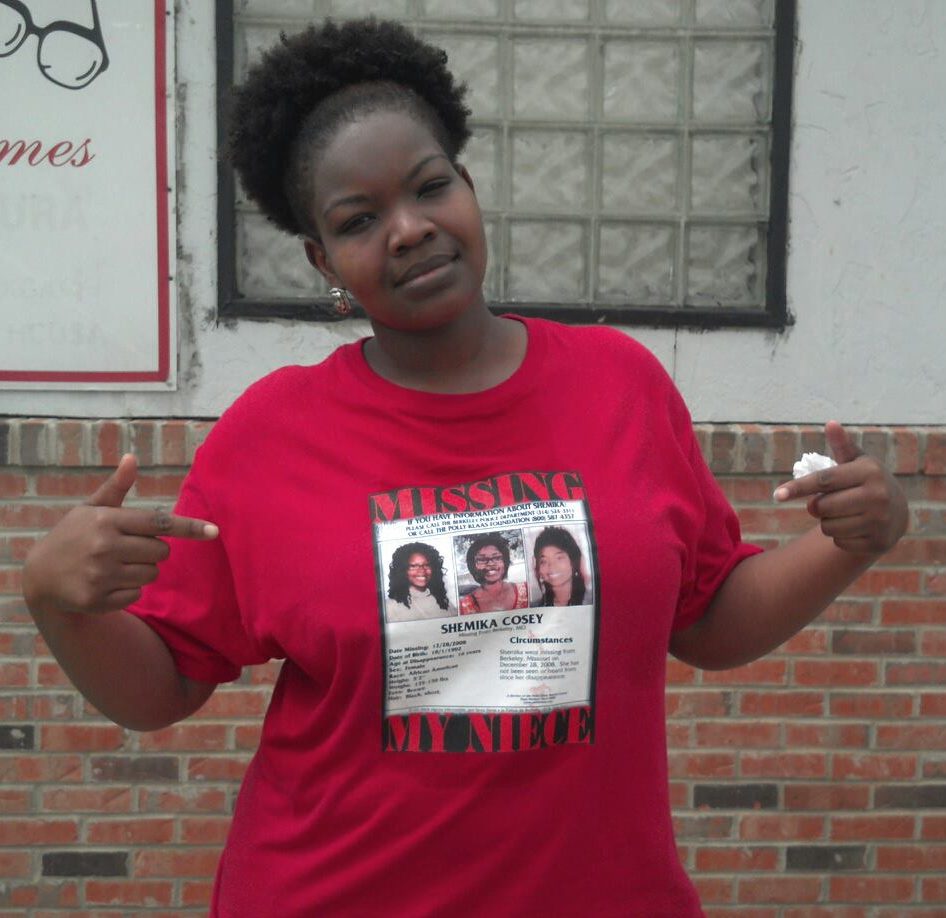 Her family has started the FB Page “Search For Shemika” in hopes of one day bringing her home.

At the time of her disappearance, Shemika Cosey stood 5 feet 5 inches tall and weighed 135 pounds. She had black/dark brown hair and brown eyes. She was last seen wearing a black long-sleeved shirt, blue jeans, and a tan Old Navy jacket. Her nickname is “Mika.” Shemika wears eyeglasses and both of her ears are pierced.

Anyone with information regarding this case is urged to contact the Berkeley police at 314-524-3311 or their local authorities. The agency case number is 08-019028.

Please share this story about Shemika Cosey to help reignite the investigation into her case. She is our sister and her life matters.

Shemaeah Gunnell, 5: Missing Girl Was Murdered Along with Mother, Sister