Home » Te’a Liger, 21: Remembered As “Brightest Spirit” After Being Killed In Home Invasion

Detective Michael Young testified about the frightening moments that Goss and Hill allegedly afflicted upon the victims.

“They placed the male (who was also pistol-whipped) inside of a bathtub. One of the suspects was told to watch him, and they made all the victims strip their clothes,” Young reportedly stated. “They pulled the mattress over [the women’s] heads and played a game [by singing] ‘Eeny meeny miny mo, someone has got to go’.” Goss was allegedly the person who sang the rhyme.

One of the women inside the home, identified as 21-year-old LGBTQIA Academy of Art University school student Te’a Liger, was visiting a friend at the apartment complex. During the assault, Te’a was reportedly raped before she was shot in the head. Goss is said to have asked Hill if he wanted to kill someone but Hill refused, inciting an argument between the murderers. The tiff caused the two to become distracted, giving the other female victim in the home time to make an escape. 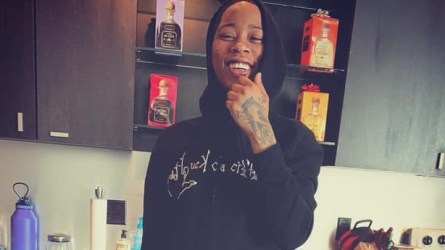 The surviving male and female victims are recovering from their horrifying ordeal.

“My daughter was twenty-one and brutally murdered,” Te’a’s mother said in a statement to WSB-TV‘s Tyisha Fernandes. “She was an artist in every way, painting, music and was the brightest spirit. They took her away from her brothers and she won’t be a hashtag or a face on a shirt. She wanted to be a change.”

Te’a Liger was rushed to the hospital but sadly didn’t survive her injuries. Goss and Hill fled the scene, but days later were arrested and have been charged with rape, murder, and kidnapping.

“Her smile, her laugh, her energy, her presence,” her mother stated, listing the things she would miss about her daughter. “Her ability to just bring peace to everyone.”

The Georgia Voice also reports that this case will not be pursued as a hate crime because it was a random, and not targeted, attack. The suspects did not know their victims prior to the assaults.

Please share this story to bring awareness to this case involving Te’a Liger. She is our sister and her life matters.