Update: The remains found in Alabama have been confirmed as those belonging to Aniah Blanchard. There have been arrests made in connection with her murder and the case is ongoing. I will share further updates in separate posts.

I send my heartfelt condolences to her family and loved ones.

Police believe that missing 19-year-old Aniah Haley Blanchard may be in danger. The Southern Union College student was last seen on a store’s surveillance footage in Auburn, Alabama on October 23. Authorities believe that the teen is the victim of foul play, and they’re asking the public to help with their investigation.

“This is a serious crime that we are investigating. It does involve injuries to someone else,” said Police Chief Paul Register. Two days after Aniah went missing, her damaged car was discovered an hour away in Montgomery, Alabama. 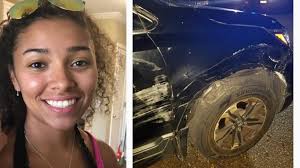 “We’re talking about a 50 to 60-mile span where something could have happened to her,” Chief Paul Register of the Auburn police department told NBC News. “She’s a person that is very close with her family and friends, and her being away, off the radar this long obviously is a very big concern.” He added, “Evidence from within her vehicle is the reason that we are aware that she was harmed.”

Aniah’s stepfather, UFC fighter Walt Harris, was scheduled to perform at a heavyweight event on December 7 but recently withdrew. UFC president Dana White wanted to help in any way he could so he’s reportedly offered $25,000 for any information regarding Aniah’s disappearance that leads to an arrest or conviction of possible persons involved. 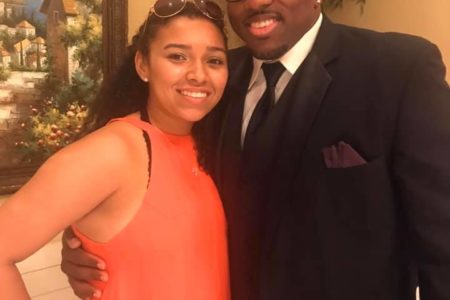 “While she’s been gone, I’ve been holding on to hope,” Aniah’s father Elijah Blanchard said. “The hardest part is knowing that she’s not just a phone call away.”

Our Black Girls@OurBlackGirls
310 Following 1.4K Followers
RT @IHaveVanished: Where is Lovely Brooks? Foul play feared in case of missing Richmond woman https://t.co/YAv0Jkyb9E
15 hours ago
199
RT @BAM_FI: #Pittsburgh, PA: 25y/o Nia Rash is STILL missing. She was last seen at a bus stop located on Frankstown and Duff Rd, near the M…
15 hours ago
497
RT @DCPoliceDept: Brittany Kemi Abosede has been located. Thank you for your help!
2 days ago
14
Children

Donna Calloway: Police Refused To List Her As A Missing Person