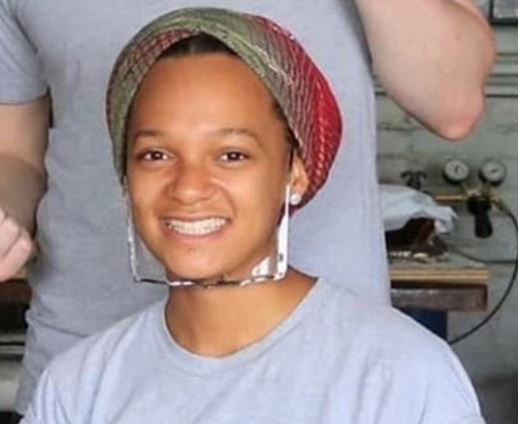 The worried family of Tonee Turner has been pounding the pavement daily since she went missing on December 30, 2019. The Pittsburgh artist’s family has gone door-to-door passing out flyers in hopes that someone will remember running into the missing 22-year-old.

The last place she was seen was at a Dobra Tea, a tea room in the city, but since then, her loved ones haven’t been able to contact her. According to NamUs, Tonee’s sister said she spoke to her around 6:00 p.m the day she went missing. Tonee worked as a metal fabricator at Studebaker Metals, but she also was employed as a part-time ceramics teacher at the Braddock Carnegie Libray which was just 5 miles away from Dobra Tea.

According to reports, a man riding his bike near a bridge discovered Tonee’s purse. Inside were her mobile phone, wallet, and keys. Authorities believe there’s a chance she may have traveled on Insterstate 80 near Homestead, Pennsylvania where the belongings were found.

“All the information people are giving and all the flyering, I just feel so blessed that Tonee has touched so many lives that people are so passionate to continue to find her and the belief that Tonee is going to come today, every today is so tangible and palpable,” Sydnee Turner, Tonee’s sister shared with KDKA.

Tonee Turner is described as being 5 feet 3 inches tall and 130 pounds. She has black or dark brown hair that’s chin-length and brown eyes. She has multiple piercings: both ears, her nose, and her labret (under bottom lip). Tonee also has a tattoo of a spiral pattern on her left shoulder. She was last seen wearing a black zip-up jacket, a gray shirt with the words “Habla Espanol” written in orange letters on the back, gray-colored cargo pants, and possibly a black head wrap.

Anyone with information regarding this case is urged to contact the Pittsburgh Police at 412-323-7800 or their local authorities immediately.

Please share this story in an effort to help reunite Tonee Turner with her family. She is our sister and her life matters.

Dennaia Kimberly Gillespie Argued With Her Roommate & Disappeared In 2017