There was nothing out of the ordinary for L’akira Dajour Goldsmith and her boyfriend on November 27, 2018. He picked her up from her Montgomery, Alabama home in the 4500 block of Narrow Lane Road and when he dropped her off later that day, her grandmother witnessed her getting out of his vehicle. The grandmother waited for L’akira to make her way into the house, but for some reason, she never went back inside.

When 20-year-old L’akira didn’t return, her family searched the apartment complex. According to The Charley Project, the maintenance man for the complex told the family that he’d let L’akira “use his home” around 2:00 a.m. The last time he reportedly saw her was when she was talking to someone while using his phone outside, but when he returned to check on her, she was gone and the phone was sitting on the steps. It’s believed that L’akira was on her way to see her friend in North Montgomery when she disappeared.

No one has seen or heard from Lakira since that time.

“She’s a very friendly person,” her mother, Marchelle Goldsmith, told the Montgomery Advertiser. “She could walk in a room and light up the room. She tried to help anybody. She tried to make every one like her. She’s just a sweet and caring person — always wanted to look out for others, even when she was sick. She has severe asthma and it’d be hard for her to breathe most of the time, but she didn’t let that stop her.”

L’akira was known to be active on social media, so when her accounts were no longer being updated, her loved ones feared the worse. Her son was a toddler when Lakira went missing, and her family is adamant that she would never leave her child behind, especially without contacting anyone. Her loved ones, including her mother and her sister, continue to post flyers at businesses within Montogomery and surrounding areas. 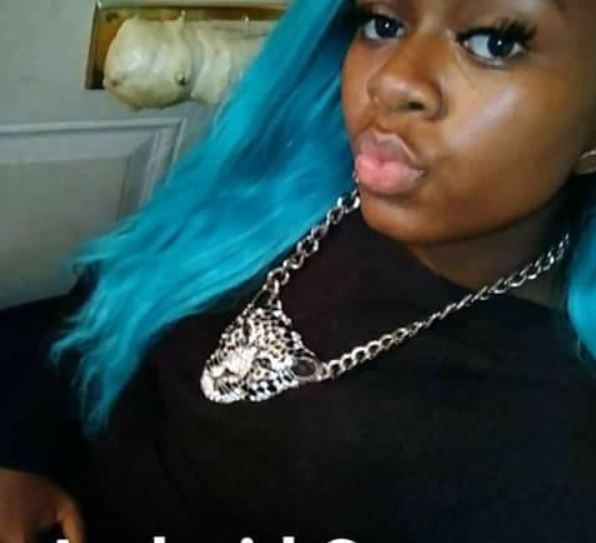 “All over town, service stations grocery stores, anywhere that would allow me to hang one up,” Marchelle told Alabama News. However, it’s been a year and a half and the investigation hasn’t gained any momentum. Montgomery Police Capt. Regina Duckett said, “There have been no new leads or developments that would define a search area.” Marchelle believes that L’akira may have been kidnapped.

At the time of her disappearance, L’akira was described as being approximately 5 feet 5 inches tall and 155 pounds. She has black or dark brown hair (she was last seen with blonde extensions with dark roots) with brown eyes. L’akira has multiple piercings including her ears, lower lip, and a “snake eye” tongue. She was last wearing a velvet knee-length dress, a silver rhinestone choker necklace, a silver lip ring, and sliver rhinestone earrings. She has severe asthma and has been hospitalized on multiple occasions due to her condition. She did not take her medication with her.

Please share this story of L’akira Dajour Goldsmith to reignite the investigation into her mysterious disappearance. She is our sister and her life matters.