It’s been over three months since 66-year-old Annie Hampton was last seen.  The Marianna, Arkansas resident reportedly suffers from slight dementia, confusion, seizures, and liver damage, so it’s unlikely that she purposefully left her place of residence without contacting her loved ones.

A report made by WREG News states that Annie Hampton was reportedly spotted in the early morning hours of October 18, 2019, leaving her home. They say she was behind the wheel of her gold-brownish Pontiac Grand Am, however, no one has been able to contact her since that time. Authorities have reportedly attempted to find her by locating her mobile phone, but that hasn’t yielded any leads. 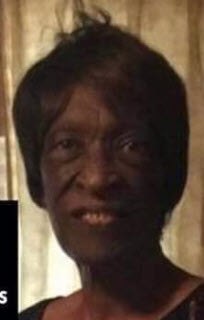 “She has some medical issues,” Annie’s son Kenneth Daniels told WMC Action News 5. “She doesn’t have a medical medication, she doesn’t have her ID with her.” Groups have continuously met together to travel throughout the area on foot, but they have no sense of where to look. “Right now, we don’t have a direction of travel,” Daniels added. “So, any leads that anybody may have would definitely be helpful.”

At the time of her disappearance, Annie Hampton is described as being approximately 5 feet 8 inches tall and 120 to 140 pounds.  She has brown eyes and brown hair (presumably also gray). There aren’t any distinguishing physical characteristics reported other than her swollen abdomen due to her health issues. Her car has an Arkansas handicap license plate that reads “342 737.”

Roxann Ellison Vanished From Arizona In 2006

Please share this story regarding the disappearance of 66-year-old Annie Hampton. She is our sister and her life matters.

Parris Hopson Left Her Home On Foot & Disappeared On Christmas 2019