She was set to celebrate her 35h birthday, and Nahendra Faye Davis didn’t seem to have any worries on December 27, 2018. It’s unclear what she did to celebrate, but what is known is that Nahendra reportedly made her way to her mother’s home in Glen Oaks, an area of Baton Rouge, Louisiana, where she dropped off her two children. She drove off in her white 2015 Dodge Challenger and hasn’t been seen or heard from again.

According to The Charley Project, her vehicle was later discovered abandoned around the 6900 block of Scenic Highway near 72nd Avenue in Baton Rouge. Nahendra’s personal items were inside including her purse, keys, and money. While there was reportedly no evidence of foul play, her family insists that something beyond her control must have happened to her.

“It’s like a nightmare and it just feels like I’m just going to wake up and it’s all just going to be a dream,” Nahendra’s mother Merenda Knox told WAFB-TV. “Without God, I couldn’t do nothing,” she said. “He has worked with me from the inside out and without his help, I just can’t do it. He’s holding me up and giving me the strength that I need.” 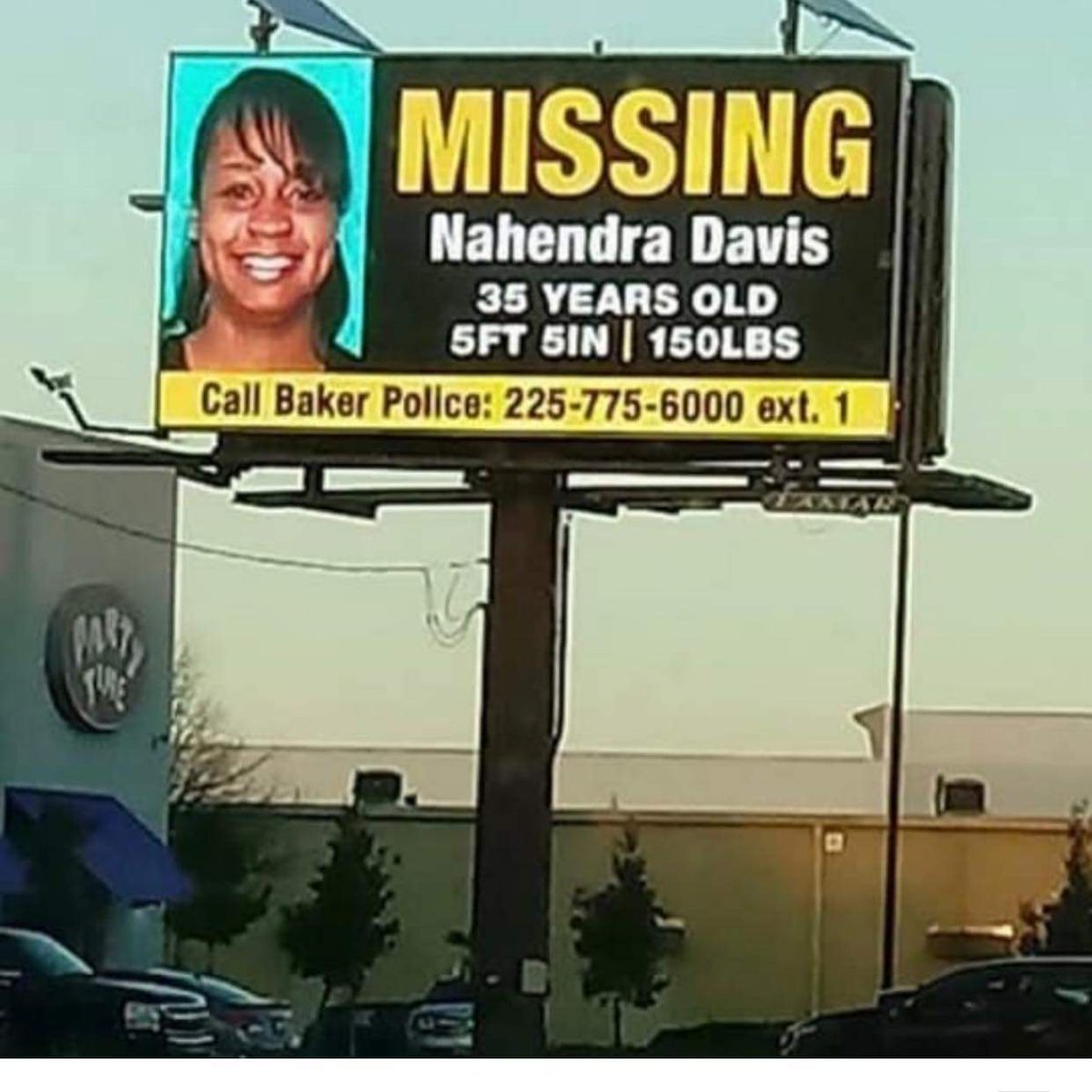 At the time of her disappearance, Nahendra Faye Davis is described as being approximately 5 feet 4 inches tall and 150 pounds. She has short black/dark brown and brown eyes. Both of her ears are pierced. She may go by the nickname “Ninnie” and has, in the past, referred to herself as Nahendra Davis Brown.

Anyone with information regarding the mysterious disappearance of this missing mother is urged to contact Baker Police Department at 225-775-6000 ext. 1 or their local authorities.

Please share this story of Nahendra Faye Davis to continue the conversation regarding her missing person case. She is our sister and her life matters.

Jessica Guillot, 21: 5 People Kidnapped Her In 2013, She Remains Missing