Teen pregnancies can be difficult for families to handle, but 15-year-old Jantel Johnson‘s loved ones were accepting when she told them she was expecting. On February 3, 2010, Janteyl was at school but feeling a tad ill. She cut her day short and made her way home back to her family’s Newark, Delaware apartment, but since that time, no one has seen or heard from her.

Evidence reportedly suggests that Janteyl Danielle Johnson did make it back home. However, when her brother arrived at the Autumn Park Apartments later on to pick her up, Janteyl wasn’t there. The Charley Project reports that the door was unlocked and there was nothing at the scene to suggest that there was a struggle or break-in. Investigators couldn’t find any missing items including Janteyl’s purse, clothing, or even her eyeglasses.

Janteyl’s family believes that she left home voluntarily with all intentions of returning, but Janteyl Danielle Johnson may have met with foul play. They admitted that she’s run away only once before but quickly returned home. Everyone had accepted her pregnancy, so there was no animosity with her family about being a teenage mother. Still, police have stated she may be in Delaware, Philadelphia, Maryland, or New York in the company of an adult male. Her child would be about nine-years-old at the time of this publication.

At the time of her disappearance, Janteyl Danielle Johnson was 5 feet 2 inches tall and 120 pounds. She had black/dark brown hair and brown eyes. Her hair was braided. Janteyl had a scar on her chin under her lower lip and a few scars on her legs. She was wearing a black jacket with fur around the hood. 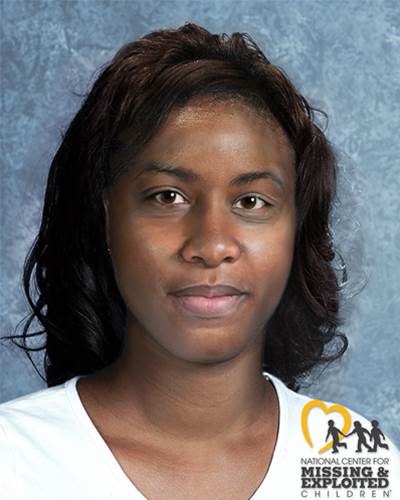 Anyone with information is urged to contact the New Castle County Police Department at (302) 573-2800 or your local authorities.

Please share this story regarding Janteyl Danielle Johnson to reignite the investigation. She is our sister and her life matters.

Danielle Mouton, 24: Was Homeless & May Have Been Kidnapped In 2010