Home » Kaelia Minor, 17, Was Stabbed To Death By Girl During Fight Over Cell Phone

A fight between two teenagers in Washington, D.C. ended in death back in October 2016. It was then that a growing rift between 18-year-old Kyla Jones and 17-year-old Kaelia Minor escalated after the girls ran into each other on public transportation. According to Kyla, when she boarded a public bus, she saw that Kaelia was sitting in the back. Kyla claims she wanted to avoid a confrontation so she decided to take a seat near the front, but soon, Kaelia was walking toward her. Kyla kept a knife on her person for protection, so she allegedly put it on her lap so Kaelia could see that she was armed.

Kyla shared that Kaelia told her to put the knife away or she would rob her. During the argument between the girls, someone on the bus attempted to pull them apart. During the fray, Kaelia reportedly took Kyla’s phone and made a swift exit off of the bus. Kyla was hot on her heels and armed with her knife. The verbal incident became a physical altercation once the ladies collided at a nearby intersection.

Witness told authorities that during the fight, Kyla stabbed Kaelia and once the 17-year-old was down on the ground, Kyla began searching her body for her cell phone. People at the scene claimed that Kyla was shouting that she didn’t care about Kaelia and just wanted to get her phone back. Kyla told police that she never believed Kaelia was seriously hurt so once she located her phone she fled the scene in an Uber and later tossed the knife in a sewer. The weapon was later found by authorities. 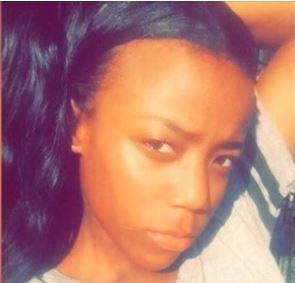 The two girls had multiple confrontations throughout the year, but the crux of their animosity hasn’t been made clear. Kaelia Minor was a senior at Calvin Coolidge High School at the time of her death and was reportedly the captain of the dance team and a good student. Kaelia had been accepted into college and was only three blocks away from home when she was stabbed in the street.

“We forgive you. But it hurt us. Because at the end of the day, God wants us to forgive,” Kaelia’s cousin Chenna Latta said. “But it hurts so bad.”

Prosecutors initially charged Kyla with second-degree murder while armed but later allowed the teen to take a plea to lesser charges of voluntary manslaughter and carrying a dangerous weapon. In June 2017, NBC Washington reported that Kyla was sentenced to six years in prison. It was a sentence that Kaelia’s family vehemently disagreed with at the time.