The city of New Orleans was shaken in November 2014 after a body was found discarded in a garbage can. It was just before noon on November 26 when city code enforcement inspector Robert Heim came across the remains of 43-year-old Trinece Fedison. Her partially clothed body was found headfirst in the garbage bin behind an abandoned residence. Investigators would later learn that Trinece’s throat had been slit and she’d been stabbed seven times. They believe she was alive when she was placed headfirst in the bin.

When Trinece’s family learned of the tragic news, the nurse’s assistant’s nephew said he confronted 43-year-old Evangelisto Ramos. The nature of Ramos’s relationship with Trinece hasn’t been made clear in reports, but during his trial, Ramos claimed that Trinece was a prostitute in his neighborhood, something that others denied. Allegations were also made that she was a drug abuser, but that wasn’t substantiated.

Ramos was arrested and charged in connection to Trinece’s murder. According to NOLA.com, the case itself was circumstantial as there was no murder weapon, no eyewitnesses, and no murder scene presented during the trial. Prosecutors shared that not only did Ramos live on the same block where Trinece’s body was found, but his DNA was located on the plastic garbage can where the victim’s body was found. 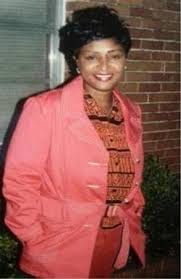 It took a jury less than two hours to find Ramos guilty of second-degree murder. Trinece’s nephew, Jerome Fedison, would also testify that Ramos was the last person seen with Trinece, and when tests were done on her remains, medical examiners reportedly found seminal fluid inside of the victim. The semen matched Ramos’s DNA. The defendant’s legal team explained that away by saying that Ramos and Trinece engaged in sexual intercourse prior to her death, but their client wasn’t responsible for her murder.

Ramos’s employer at Romeo Papa Boats told authorities that four days after Trinece’s body was discovered, Ramos told him about having “sex with a prostitute who was found dead near his home.” The supervisor then called the police, launching the investigation into Ramos. When questioned by detectives, the Honduran immigrant also told authorities that his DNA may be found on the garbage can because he tossed trash inside the bin. However, no trash was found under Trinece’s body and a detective testified that Ramos reportedly volunteered this information before being told that a body had been discovered.

“Just experiencing the trial was almost more grueling than burying her,” said Lorraine Fedison-Winder, one of the victim’s four younger sisters. “To have to sit there every day and hear details about how she was found – the injuries, the blood, the bruises and contusions – and finding out that his previous job was as a butcher, being in the same room with the person that killed your sister and having to look into his eyes and seeing that he had no remorse, was just heart-wrenching.”

“I think so much about those last moments of being upside down in a garbage can calling out for your life,” she also shared with WDSU. “Waiting and praying that somebody could just hear you, but there was no one there to come to her call.”

Prosecutors argued that Trinece Fedison was a victim of a sexual assault as she was found with her “bra lifted up, her underwear pulled down, and with (Ramos’) DNA in her vagina.” Ramos didn’t take the stand, but his attorney Jerome Matthews stood up in court and shared his client’s story. According to Ramos, Trinece was at his home when they had sex. He said that she left and he watched as she got “into a dark vehicle with at least two men he could no clearly see.” Matthews argued one or more of those men was responsible for Trinece’s murder.

“I would hate to be found guilty of murder only because my DNA was on a neighbor’s trash can,” Matthews said. “Having sex with someone does not equal murder. What if it happened like Mr. Ramos said it happened? That she got into this car with two other men? I don’t know if it’s a pimp or a drug man. But they stabbed her in the car, put her in the trash can and drove away with the crime scene. It’s not only possible, it’s likely.”

Trinece’s murder was featured on The First 48. She was the mother of a 17-year-old daughter at the time of her death. Evangelisto Ramos was sentenced to life in prison.