We often experience minor incidents of road rage without even giving it another thought. Someone flashes you the middle finger or yells at you through their window; nothing that commands much attention. For 18-year-old Pennsylvania resident Bianca Roberson, a moment of road rage ended in her death.

In June 2017, Bianca was out and about shopping for her college necessities. She was just about to start her freshman year in the Fall at Jacksonville University in Florida, but a run-in with 29-year-old David Desper would be the end of her hopes and dreams. Bianca was driving around 5:30 p.m. when she was on a road that merged down into one lane. The teen was jockeying for a spot when she and Desper began engaging in what authorities called a “cat-and-mouse game.” 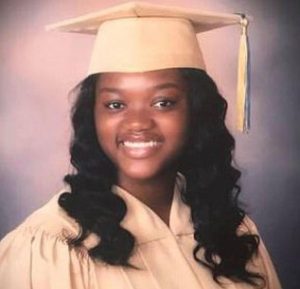 Desper would go on to say that Bianca was driving dangerously and he was in fear for his life, so that’s why he pulled out his gun and shot her through the left side of her head. She died instantly. Desper took weeks to turn himself into police and later he faced a charge of first-degree murder. This story picked up steam nationally as media coverage began to brand the killing as racially motivated. Later, Desper pleaded guilty to third-degree murder and was sentenced to 20 to 40 years in prison.

Judge Ann Marie Wheatcraft didn’t believe that Desper was afraid of Bianca Roberson as much as he was angry.

When he addressed the court, Desper, who had never been in trouble with the law before this incident, tearfully apologized to Bianca’s family. “I am so sorry,” he said to Judge Wheatcraft, according to Daily Local News. “I would do anything to take it back. I would rather have shot myself. All I want to do is tell her how sorry I am. I just want to put my arms around her and tell her how sorry I am… I messed up.” 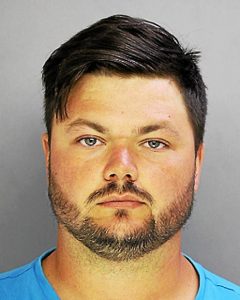 “I believe that you would take it all back if you could, not only for your own good but for the good of the Roberson family,” Judge Wheatcraft said to Desper. “But I don’t believe you were afraid. If you were afraid, you would have hit the brakes.” She added, “The only thing you did right was to plead guilty and spare Bianca’s family and friends from the horror of a trial.”

“She was a special person, unlike anyone I have ever met,” Michelle Roberson, Bianca’s mother said. “That’s when I knew she was going to try to save the world for the ugliness that we are in. And looked what happened; the ugliness took her away from us.”