It took a year for Monica Denise Jackson to be reported missing. The last time anyone saw the 48-year-old woman was on February 23, 2014, in Savannah, Georgia. The genteel town is known for its history, landmarks, architecture, and haunted locations, but for years residents have speculated as to what happened to Monica. 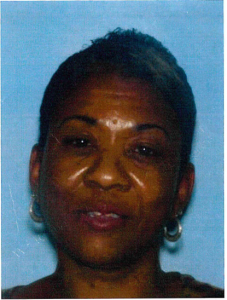 Last year, the Savannah Police Department asked the public for help in gathering information for missing cases in the city, including Monica’s. “Both of these cases have gone cold, but we believe that there is someone in this area who knows something about these disappearances,” said Sgt. Tiffany Manuel. “We urge anyone with any information to reach out to us. We hope that someone can provide details that will bring answers to their grieving families.”

At the time of her disappearance, Monica was described as being 5 feet 4 inches tall and 150 pounds. She had black/dark brown hair and brown eyes. She went by the nickname “Strawberry.” Monica has four ear piercings on her left ear, a gap between her front teeth, and a scar on her face. Monica would be 51-years-old at the time of this publication.

Please share this story regarding the disappearance of Monica Denise Jackson in order to help find out what happened to her. She is our sister and her life matters.