*UPDATE* The Washington, D.C. Metropolitan Police Department issued this statement: “On Saturday, December 19, 2020, pursuant to a DC Superior Court arrest warrant, members of the Capital Area Regional Fugitive Task Force located and arrested 43 year-old Isaac Moye, of Southeast, DC. He was charged with Second Degree Murder while Armed. Moye has an arrest history that includes Assault with a Dangerous Weapon, Fugitive from Justice, Simple Assault, and Distribution of Narcotics.”

Unique Harris’s mother wrote on Facebook: “I hope & pray EVERY parent out here can rest a little bit easier…NOW THAT THIS DEVIANT, DIABOLICAL VULTURE is off the damn streets! My child’s life, & passing WILL NOT be in vain!”

A movie night reportedly turned into a missing person case. On October 9, 2010, Unique Harris, her two sons—aged three and four—along with her cousin’s eight-year-old daughter stayed up and watched a movie together at her apartment. Unique put the children to bed and then, sometime between 10:00 p.m. and 9:00 a.m., she disappeared. 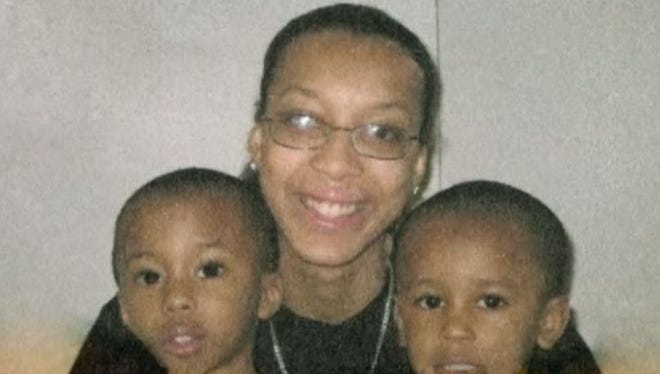 Around 3:00 a.m., Unique reportedly spoke to an unidentified person on the phone. Around 8:30 a.m., the three kids woke up to find Unique missing from the Washington, D.C. apartment. They would later tell authorities that they didn’t hear anything disturbing and they all just slept through the night.

“I would, in a snap of a finger, I would exchange my life for her right now,” Unique’s mother Valencia told WUSA9 back in 2015. “No family should endure this. No family.”

Investigators quickly went to work to find out what happened to the 24-year-old mother of two. They found that there were no signs of forced entry or a struggle happening at her home. Unique reportedly had very poor eyesight and needed the use of her prescription glasses. They were found neatly folded on a pillow in her room. It’s where she kept them at night as she slept.

“She couldn’t have seen her way down the first flight of steps of that building,” Valencia said. “Let alone all the other flights of steps and out the building without her glasses.” Also left behind were Unique’s purse, identification, and money. The only thing investigators couldn’t find was her cell phone.

Unique’s family doesn’t believe she would have just walked away from her life because she had much to look forward to. Not only did she love her sons and family, but Unique Harris was preparing to begin classes at a massage therapy school. She’d only been living in her D.C. apartment for five weeks after moving to the city from her hometown of Richmond, Virginia to be closer to her mother.

However, there were other factors that made police believe foul play could have been involved. Unique reportedly lived in a neighborhood known for its crime and she’d even witnessed a murder just days before she disappeared. The Charley Project reports that “there’s no indication that this was connected to her case, and she hadn’t acted fearful.” Valencia told reporters that she was on the phone with Unique as her daughter allegedly witnessed the crime.

The fathers of Unique’s sons were her boyfriend and an ex-boyfriend. Both were reportedly out of town when she vanished and to prove they weren’t involved with her disappearance, they both underwent polygraph tests. Both men passed.

When asked if she believes her daughter is still alive, Valencia said, “That’s probably a question I’ve asked myself a gazillion times….What I will say is that miracles happen every day.” She added that she told Unique’s children that she’d never give up searching. “I promised them, their grandma was going to find their mother or die trying to find her.”

Please share this story about Unique Harris to reignite the investigation into her missing person case. She is our sister and her life matters.