Virginia Beach residents came together in 2017 in hopes of finding 19-year-old Ashanti Billie alive. It was on September 18, 2017, when Ashanti left for work at the Blimpie sandwich shop on the Joint Expeditionary Base Little Creek-Fort Story. The teen was going about her day as usual and even had a culinary class at the Art Institute of Virginia Beach later on in the day, but when Ashanti didn’t show up for either, her loved ones began to worry.

Five days later, Ashanti’s vehicle, a white 2014 Mini Cooper, was found in nearby Norfolk, Virginia. Police quickly investigated and found a few items of her clothing inside. Six days after that, authorities made a gruesome discovery when the 4-foot-11-inch tall girl’s body was recovered in Charlotte, North Carolina. She was left outside in a partially wooded area near a church. An autopsy revealed that she was the victim of “some type of undetermined trauma,” according to WTKR News. 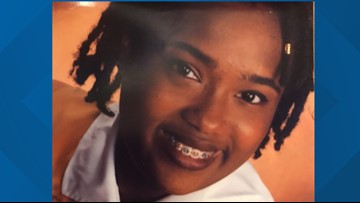 Detectives soon learned that there was a man who repeatedly attempted, and failed, to flirt with the teen. According to NBC Washington, one witness told police that the man had made a “crude sexual comment” toward her. The man was 45-year-old Eric Brian Brown, a homeless retired veteran who spent 21 years in the Navy and worked odd jobs near and on the naval base. As a veteran, it’s reported that he had full access to the base where Ashanti Billie worked.

“Billie’s co-workers reported that Brown would visit the Blimpie’s almost every day and that he was seen so often in the neighboring buildings, such as a 24-hour laundromat directly next door, that they believed Brown worked there,” the Justice Department shared in a statement. Brown was even apart of the construction of the Blimpie’s eatery where Ashanti worked.

“If this was allowed to happen on a naval base, it can happen anywhere,” Ashanti’s mother, Brandy Billie said. Meltony Billie, Ashanti’s father, added, “How was it that this guy was allowed to roam around base?” Both Brandy and Meltony are both veterans, as well. “This was a veteran that did this to us. [Ashanti] was a child of veterans. She’s been around the military her whole life,” Brandy continued.

It was later learned that Brown kidnapped Ashanti Billie as she arrived for work that fateful day. What exactly happened between the two remains a mystery, and truthfully, I don’t believe any of us would want to imagine it, but his DNA was reportedly recovered from her body. It is known that Brown either consciously or subconsciously left breadcrumbs that would lead to his front door. The church near where Ashanti’s body was found? The Justice Department revealed that Brown attended Vacation Bible School there as a child. The wooded area? It was just 300 yards from his childhood home. 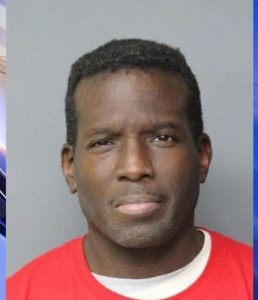 After searching through Brown’s internet activity on his cell phone, authorities found that the day after Ashanti was kidnapped, he’d made multiple searches including “police looking for man,” “amber alert sept 2017,” and “Norfolk police looking for man in connection with homicide.” Brown would later tell police that he remembers being on the base on the night of September 17, the day before Ashanti went missing, but after that, he blacked out and couldn’t recall his movements over the following few days.

Court documents state that Brown told an informant that he hated Black women and believed them to be “gold diggers.” Eric Brian Brown was charged with kidnapping and murder, however, the road to justice has been a long one as he’s been found incompetent to stand trial. It’s reported that he’s undergoing medical treatment prior to facing a judge. In October 2019, Brown’s charges were changed to Kidnapping Resulting in Death, Criminal Forfeiture, Assault with Intent to Commit Any Felony, Assault Resulting in Serious Bodily Injury, Theft of Personal Property and Stalking.

I will personally keep you updated on Brown’s case as it unfolds.

Please share this story of Ashanti Billie so that her story may be told in hopes of helping others. She is our sister and her life matters.

Sage Smith, 19: Transwoman Disappears After Meeting Up With Date