Things were getting tense at home for Samatha Elizabeth Baremore. She and her boyfriend, Cedrick Bobby Lemon, lived together in Winston-Salem, North Carolina, but it wasn’t a peaceful dwelling. Samatha had shared with loved ones that she was considering leaving Lemon, but it looks as if she never got the chance.

It was in the Spring of 2004 when Samatha went missing. On April 6, she finished her shift at the Sugar Bares VIP Club where she was employed as an exotic dancer and left in the early morning hours. Samatha received a ride home from the Willard Cab Company, a taxi service, and has never been in contact with any of her loved ones since that time.

Samatha’s family wasn’t even aware that she was missing until days later. Because Samatha didn’t have a vehicle of her own, she relied on public transportation, taxicabs, friends, or family members for rides around town. On April 8, Samatha’s sister went to the club to pick her up but was told she wasn’t there. She returned the next day and learned that Samatha hadn’t shown up to work in a few days. On April 10, Samatha’s family filed a missing person report. 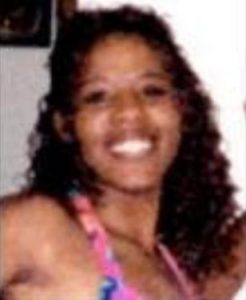 When questioned, Lemon admitted that his relationship with Samatha wasn’t a walk in the park. He reportedly said that he did see his girlfriend on the morning that she went missing, but he wasn’t responsible for her disappearance. Lemon claims that she returned home and they got into an argument because he let it be known that he didn’t intend on marrying her. Samatha allegedly told him she was leaving to pick up a newspaper so that she could begin her hunt for a new place to live, but never came back.

“We had a few words. We didn’t leave on good terms,” Lemon reportedly said. “She has left before and maybe gone and stayed away for a couple of days…. And I thought maybe this was one of them.”

Samatha’s relatives took to the streets to see if anyone had seen or heard from the missing woman. They visited exotic clubs, hotels, talked to residents, and put up flyers. When they visited her apartment, they reportedly saw her belongings, including her dance bag, packed up near the door. They were adamant that she would never leave that behind if she left of her own accord.

Barbara Ashe has a mother’s instincts, and while other parents believe their children are alive out there somewhere, she thinks Samatha has passed away. “I just feel in my heart that she’s no longer here,” she said. Samatha was the mother of a young daughter when she vanished, and Barbara insisted that Samatha would never take off without contacting her loved ones.

“I truly feel my child is dead,” Barbara told the Winston-Salem Journal. “And I just would like to have her remains.”

Bob Evans, the manager of Sugar Bares, told a reporter that he saw her leave the club on April 6. There were some dancers who reportedly said they saw Samatha arguing in the parking lot with an unidentified man. However, Winston-Salem police would later issue a statement stating Samatha was alone when she got into the taxi the morning she went missing.

Lemon and Samatha reportedly met in 1999 at a nightclub where he was working as a bouncer. They didn’t begin a romantic relationship until 2003. Following his girlfriend’s disappearance, Lemon was reportedly arrested on a probation violation. He claimed that authorities questioned him about Samatha for hours, took a blood sample, and even gave him a polygraph test. Police wouldn’t confirm or deny his allegations.

At the time of her disappearance, Samatha stood 5 feet 6 inches tall and weighed 115 pounds. She had brown hair and brown eyes. She kept her makeup and outfits in a black bag with colored ballerina patterns on it. Samanta also has a tattoo of her deceased father’s name on her thigh. Her family nickname is “Pinky” and her stage name was “Sunshine.” Some outlets have spelled her first name as “Samantha” and her last name as “Barremore,” “Barenmore,” or “Barrenmore.”

Anyone with information regarding the disappearance of Samatha Elizabeth Baremore is urged to contact the Winston-Salem Police Department at (336) 773-7700 or their local authorities.

Please share this story about Samatha Elizabeth Baremore to reignite the investigation into her missing person case and to bring closure to her family. She is our sister and her life matters.

Katrina Banks Killed By Husband, He Was Acquitted Of Murder