This is yet another unfortunate case of a young girl reportedly snatched from the street. It was the morning of January 8, 1980, when six-year-old Kelly Juanita Staples left her home in Chicago, Illinois and made her way to school. It was only a three-block walk, but somewhere along the way, Kelly went missing.

Years later, a man accused of murder claimed to have killed Kelly. He also confessed to the slayings of a number of other girls. However, authorities learned that his confession was just a hoax. Nothing he claimed was true and he was no longer considered to be a suspect. Kelly’s case remains unsolved and police believe that she was abducted by a person outside of her family.

At the time of her disappearance, Kelly was 3 feet tall and 42 pounds. She has black/dark brown hair, brown eyes, and a birthmark on the left-middle area of her chest. Kelly was reportedly last seen wearing a brown and white striped cap, brown scarf, red plaid coat, blue jeans, and blue rubber boots. She would be 46-years-old at the time of this publication. 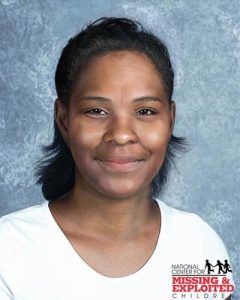 Anyone with information regarding Kelly’s disappearance is urged to contact the Chicago Police Department at 312-744-838 or their local authorities.