A family was left heartbroken on what began as a typical day on September 11, 1986, in Port Arthur, Texas. Myrtle Ann Hudson was home with her two daughters: two-and-a-half-month-old Meagan Hudson and 18-year-old Willette Jeanice Hudson. Later on in the day, Myrtle’s husband, Willie Hudson, Sr., and their teenage son, Willie Hudson, Jr., returned home to find a frightening scene. The glass in the front door had been shattered and there were traces of blood inside. The infant was found in the home safe and asleep, but both Myrtle and Willette were missing.

They called the police and checked the residence for any signs of what happened to the women. Then, Willette was found in the attic above the garage, dead. She was hog-tied and strangled to death. Police determined that a cord from daughter Isha Hudson’s Easy Bake Oven was used as a murder weapon. Willette was fully clothed and showed no signs of sexual assault.

Meanwhile, Myrtle couldn’t be located. Investigators combed through the Hudson’s property and searched for Myrtle in surrounding areas, but there were few leads. Police thought they were dealing with a robbery gone horribly wrong, but Myrtle’s keys, purse, and other personal belongings of value were left in the home. Testing for DNA wasn’t an option as it is today, so the Hudsons buried Willette and hoped to one day find answers as to what happened to their matriarch. 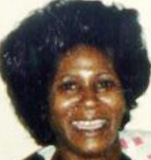 Twenty-two years later in January 2008, evidence in the Hudson case was tested and identified as belonging to a man named Tommy Lee Stewart. His DNA matched samples taken from Willette Hudson’s clothes. Stewart was a man with a history of violence and murder. In 1971 in Waco, Texas, he was charged and convicted of breaking into the home of Jean Carolyn Matthews before kidnapping and killing her. He was sent to prison and released in 1986, the same year he attacked the Hudsons.

“That day changed my life,” said Willie Jr., who was just 17-years-old when he discovered his sister’s body in the family attic. “I haven’t been able to take a step forward until now.”

By the time authorities caught up with Stewart in 2008, they weren’t surprised to find out that he was in prison, yet again. They learned that in November 1986, just months after he broke into the Hudson’s home, Stewart was arrested. He sexually assaulted a minor, hog-tied her, beat her over the head, and left her to die on Pleasure Island, Texas. She survived the vicious attack and reported him to the authorities and Stewart has been locked up in prison since that time.

Detectives visited Stewart in prison and confronted him with the evidence collected during the initial Hudson murder investigation. Stewart confessed to the crimes and told police that he killed Myrtle and disposed of her body. He told them he left her on Pleasure Island, the same as his surviving 1986 victim, but Myrtle’s body has never been located.

Stewart pleaded guilty to Willette’s murder but prosecutors decided not to move forward with a trial because he’s already behind bars serving a life sentence. Surprisingly, Stewart will be up for parole in the year 2028. He will be 78-years-old. Lock him under the prison and keep him there.

I wish there were more photos of Myrtle and her family available to share with you to show how loved both she and Willette were.

If you know of anyone who may have come in contact with Tommy Lee Stewart before 1971 or during the few months between September and November of 1986 and they are missing or were murdered, please contact the Texas Department of Safety at (512) 424-2669. Call the TDS if you are a surviving victim of Stewart, as well.

Please share this story of Myrtle Ann Hudson and Willette Hudson to continue the discussion about their lives and the tragic circumstances regarding their deaths. They are our sisters, and their lives matter.

Michelle Ellis: Car Was Found With All Of Her Belongings Inside [1978]

Keisha Sylvester, 29, Was Last Seen In A Truck In Louisiana In 2017

Our Black Girls@OurBlackGirls
120 Following 1.2K Followers
She was reportedly visiting Gary, Indiana when she vanished & it was suggested that police believed she was abducte… https://t.co/GtdRhNO0fP
16 hours ago
10 6
RT @madisonlcarter: Pearly Young, 77, was killed today in #Buffalo shopping for groceries. For 25 years she ran a pantry where every Satu…
17 hours ago
74.7K
RT @thrasherxy: Noting that in AP copy, 18-yeear-old Michael Brown was an “18-year old Black man,” while 18-year-old Payton Gendron is a “w…
17 hours ago
59.2K
Children