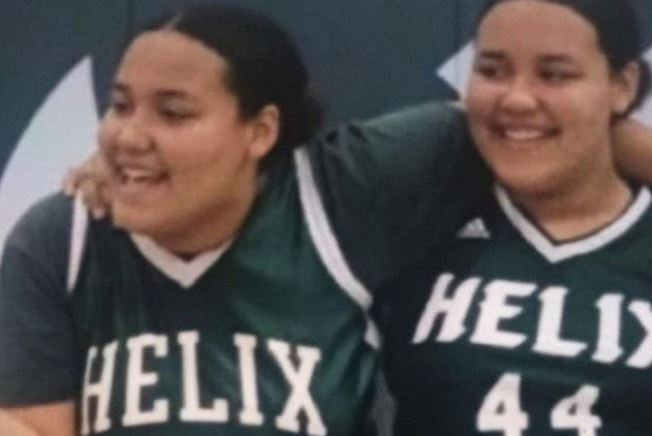 Millions of people have been navigating these weeks under quarantine with care, but a California family is trying to make sense of a tragedy. Wednesday (April 15) was just another day in San Diego County where residents were urged to stay home and social distance. However, things took a deadly turn when Caira Christopher and Leah Christopher—15-year-old twins—were shot and killed.

According to reports, Caira Christopher and Leah Christopher were in a Lemon Grove, Calif. home with 40-year-old Joann Hoyt and 22-year-old Gary Paul Goode. At the time of this publication, the relationships between the occupants haven’t been made clear.

Yet, what is known is that at some point, 38-year-old Dwayne Edward Groves Jr., the ex-boyfriend of the twin girls’ mother, opened fire, murdered the sisters, and injured Goode. Emergency responders were able to rush Goode to a local hospital where he was treated for his injuries.

Following the shooting, authorities searched for Groves on foot with the help of a patrol helicopter. They quickly found Groves hiding in a neighbor’s backyard. He was taken into custody and booked on multiple charges including “suspicion of two counts of murder, two counts of attempted murder and one count of assault with a deadly weapon.'” He’s being held without bail and is reportedly scheduled to stand before a judge in early May.

A seven-minute video captured the attention of a global audience and now a hospital is attempting to defend itself against accusations of discrimination. Dr. Susan Moore, 52, shared that she’d tested positive for COVID-19 back on November 29. By December 4, Dr. Moore was in the hospital being treated for her symptoms. She revealed that she’d informed the staff at Indiana University Health North that she was troubled because she was reportedly experiencing abnormal levels of pain. Instead of treatment, Dr. Moore stated that the hospital staff minimized her pain and dismissed her concerns. She believed that the way she was being treated was because she was Black. Historically, physicians were taught the falsehood that Black people have a higher pain tolerance and therefore didn’t need as much help with their pain as other ethnicities.

“You have to show proof that you have something wrong with you in order for you to get the medicine,” said Moore. “I put forth, and I maintain, that if I was White, I wouldn’t have to go through that.”

Finally, Moore underwent a CT scan and doctors were able to take a look at her lungs. She was reportedly told that she could be prescribed narcotics and eventually, she was discharged from the facility. Moore continued to document her recovery on Facebook where she shared that she had to be readmitted to another hospital.

“I was home for less than 12 hours. Spiked a temperature of 103 and my blood pressure plummeted to 80/60 with a heart rate of 132. I’m back in the hospital, a different hospital Saint Vincent Carmel ,” Moore wrote in the updated caption to her post. “Those people were trying to kill me. Clearly everyone has to agree they discharge me way too soon. They are now treating me for a bacterial pneumonia as well as Covid pneumonia. I am getting very compassionate care. They are offering me pain medicine.”

On Dec. 20, Dr. Susan Moore reportedly succumbed to illnesses related to COVID-19 and passed away.

Indiana University Health North has faced heavy criticism since Moore shared her video, including scathing comments and op-ed pieces from respected medical professionals who condemned them for potentially engaging in discriminatory behavior with their patients. In response, IU Health North’s President and Chief Executive Officer Dennis M. Murphy released a lengthy statement where he attempted to defend the health center while also expressing regret over Dr. Moore’s complaints.

“I am even more saddened by the experience she described in the video. It hurt me personally to see a patient reach out via social media because they felt their care was inadequate and their personal needs were not being heard. I also saw several human perspectives in the story she told – that of physicians who were trying to manage the care of a complex patient in the midst of a pandemic crisis where the medical evidence on specific treatments continues to be debated in medical journals and in the lay press. And the perspective of a nursing team trying to manage a set of critically ill patients in need of care who may have been intimidated by a knowledgeable patient who was using social media to voice her concerns and critique the care they were delivering. All of these perspectives comprise a complex picture. At the end of the day, I am left with the image of a distressed patient who was a member of our own profession—one we all hold dear and that exists to help serve and better the lives of others. These factors make this loss doubly distressing.”

Many have taken issue with this particular portion of the statement because he mentions that the staff “may have been intimidated” because Dr. Moore was “knowledgeable.” Critics have noted that far too often, Black women have been labeled “intimidating” for nothing more than being who they are. To suggest that Dr. Moore was “intimidating” a nursing and doctoral staff because she, too, was a physician has rubbed some the wrong way.

Murphy defended his staff but noted that they may have lacked compassionate care. You can read through the entirety of his statement here.

I offer my sincerest condolences to Dr. Susan Moore’s loved ones. She was our sister and her life mattered.

I hope that all of you are staying safe and exercising all proper precautions during this pandemic.