She was just days away from graduating high school and starting her future, but instead, Mya Taylor’s life was tragically cut short. The 18-year-old Hillcrest High School student in Memphis, Tennessee decided to join two of her friends for a late-night run to McDonald’s at 2:30 a.m on May 2, 2020. As they waited, Mya and one of her companions, a male, for an unknown reason swapped seats. Without warning, a vehicle pulled alongside theirs and opened fire. Both Mya and the male friend were both hit by gunfire. He survived with non-critical injuries. Mya Taylor was killed.

The perpetrator’s car was captured by surveillance cameras and is described as being a silver-gray sedan (pictured below). Investigators don’t believe that the shooter was targeting Mya, but they’re still trying to piece together the motive for the violent act. Brianne Sweat, Mya’s sister, told Fox 13 what happened immediately following the shooting.

“My mom received a phone call from my sister’s phone,” said Brianne. “Her best friend was screaming. She could hardly understand them. The only thing she could understand was that Mya had gotten shot.” She added, “Mya was a really sweet person. She was really goofy. She didn’t take much seriously.” Brianne believes that Mya Taylor was in the wrong place at the wrong time with the wrong group of friends. Reports state that the shooter’s vehicle, which had tinted windows, appears to target the car, although Mya seems to be an unfortunate casualty in this senseless act of violence. 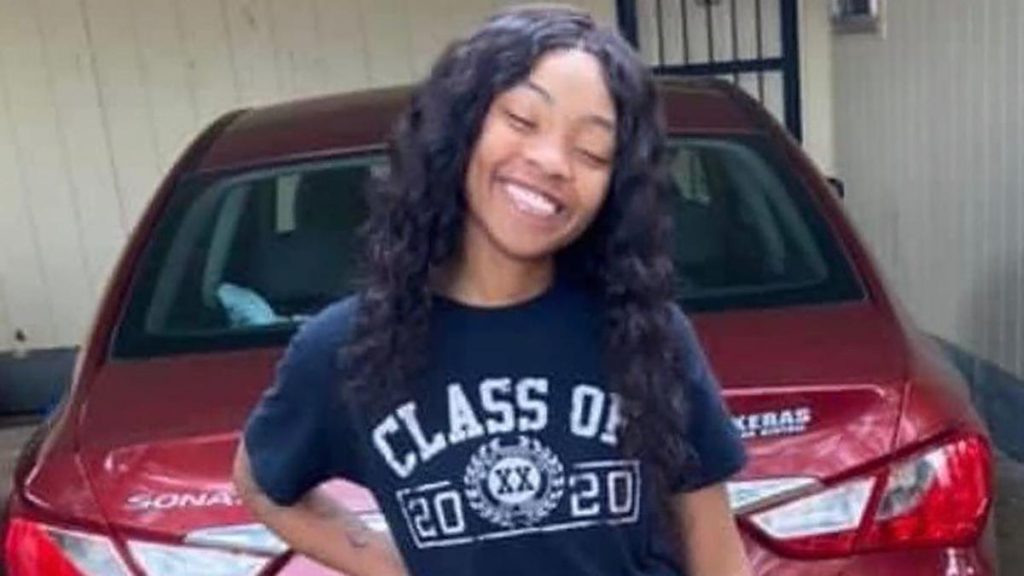 Mya’s high school shared an emotional message to their Facebook Page regarding the teenager’s death.

“The Hillcrest High School family would like to extend our love and condolences to the family of Mya Taylor. Early this morning, we received word of Mya’s untimely passing and still struggling to come to grips with this sad news,” Hillcrest High School wrote. “Our staff and students will truly miss Mya’s smiling face and pray that her family finds peace in knowing she was loved by many, including her Viking Family.💚🖤💚 To Mya, rest well Young Queen. You are loved and will be missed!! 👑.”

The Memphis Police Department also shared a statement regarding the shooting to their Facebook Page along with photos of the vehicle and the suspect. Aside from writing facts about the case in the caption, they added, “If an arrest is made, you could be eligible to receive a cash reward of up to $1000 from Crime Stoppers of Memphis and Shelby County, Inc.” They’re hoping the public will reach out to help identify the suspect.

“Mya was just such a happy child,” said Teddrick Estes, assistant principal at Hillcrest High School. “She was so sweet and just so loving.” He added that Mya is the second student to die from gun violence since the COVID-19 quarantine was set in place. “It really brings into perspective of how important it is for the school to be open and for kids to be able to come to school every single day because this is what happens because the streets are not pretty.”

Anyone with information is urged to contact Crime Stoppers at 901-528-CASH or the Homicide Bureau at 901-636-3000. Callers will remain anonymous.

Please share this story to help bring the person or persons responsible for the death of Mya Taylor to justice. She is out sister and her life matters.