Home » Sharaun Cole, 12, Disappeared While Playing At The Park In 1983

Tyesha Patrice Bell Walked Outside To Take A Call & Vanished

This case was brought to my attention by Crime Noir Podcast, another great source to find information regarding the missing and murdered within the Black community. While it isn’t much known about Sharaun Cole, The Doe Network reports that the 12-year-old vanished from Manhattan, New York in 1983. 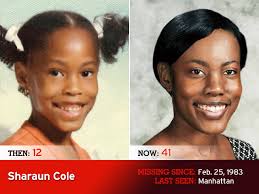 It was on February 25, 1983, when Sharaun Cole went to play outside of her family home on Edgecomb Avenue. According to her mother, the little girl was seen at a nearby park but never returned. She’s never been heard from or seen again. The Charley Project states that Sharaun’s mother insisted there were no problems at home that would cause the pre-teen to runaway. Not much else is known about the decades-old case.

At the time of her disappearance, Sharaun Cole stood 5 feet 6 inches tall to 5 feet 7 inches tall and was 110 to 115 pounds. She has dark brown/black hair and brown eyes. Sharaun was last seen wearing a beige wool jacket, blue jeans, and blue and white sneakers. TCP writes that she was wearing a gold jacket, as well, but that isn’t listed in The Doe Network. Her birthdate is October 8, 1970, but she apparently was known to use the same date with the year 1969. She would be 49-years-old at the time of this publication. 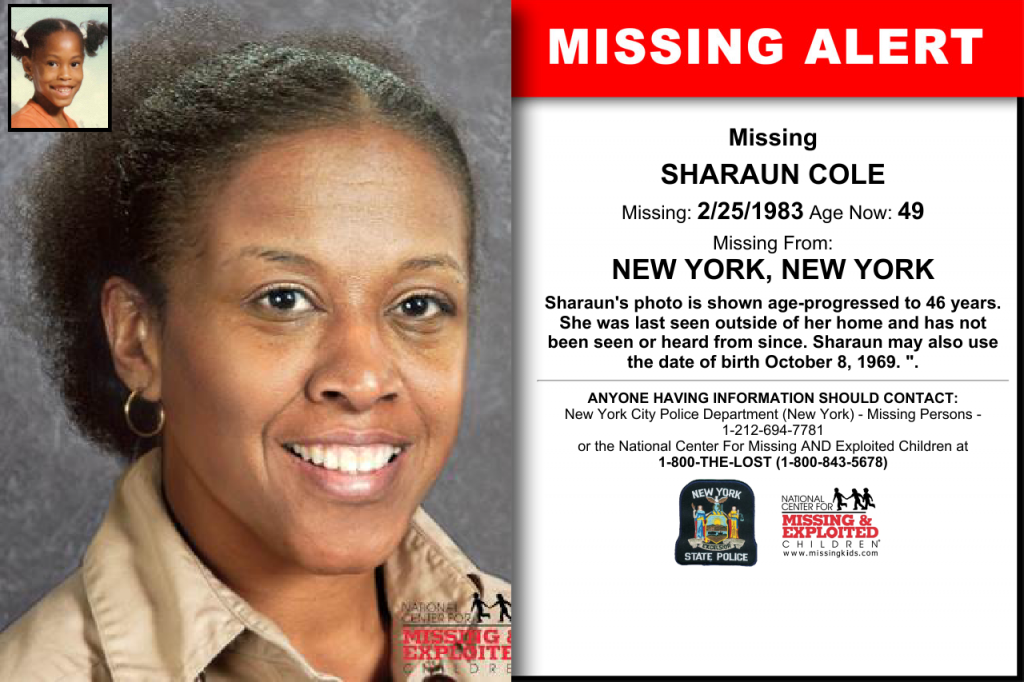 Anyone with information about this case is urged to contact the New York Police Department at 646-610-6914 or their local authorities.

Latrice Shay Armstead: Jaw Was Wired Shut After Her Husband Beat Her

Please share this story regarding the disappearance of Sharaun Cole to help reignite the investigation into her missing person case. She is our sister and her life matters.

Tyesha Patrice Bell Walked Outside To Take A Call & Vanished