Many teens who go missing are immediately thought of as runaways, especially Black girls. Authorities often treat them as if they aren’t at risk and often, many investigations aren’t taken seriously. Sabah Nasheed Karriem-Conner is a 16-year-old who, on July 17, 2000, reportedly left home in search of a job in Atlanta, Georgia, and was never heard from again.The circumstances surrounding her case are suspicious, but it’s unclear what happened to the teen.

According to reports, Sabah was a teen prostitute when she vanished. The Charley Project states that investigators believed she was working for a pimp named Michael “Hollywood” Davis. Supporting their conclusion was the fact that Sabah Nasheed Karriem-Conner had a tattoo that read “Ms. Hollywood.” Davis was reportedly later arrested on charges of kidnapping, human trafficking, and sexual assault after he was found by police in an Atlanta hotel room with a minor. In a news report made by WESH2, Davis was with an underage girl who had been reported as a runaway when he was located by authorities. Because of her age, the report didn’t give her name, so it’s unclear if she was Sabah Nasheed Karriem-Conner or someone else. Sabah is still listed as missing in the National Missing and Unidentified Persons System. Davis has reportedly since been convicted. 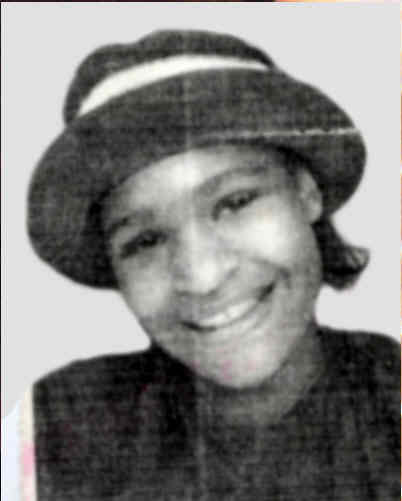 At the time of her disappearance, Sabah Nasheed Karriem-Conner was 5 feet 6 inches tall and 125 pounds. She had brown hair and brown eyes. Sabah reportedly had a tattoo that reads “Ms. Hollywood” that’s inked on her right shoulder in cursive lettering. She also has two gold bottom teeth, a tongue piercing, and a scar of her left breast. Sabah is known to wear wigs and has used the aliases “Ameria Davis” or “Amirea Davis.” She was last seen wearing a white t-shirt, a blue tank top with a flower design, blue denim shorts, and white K-Swiss sneakers. She would be 36-years-old at the time of this publication.

Anyone with information regarding this case is urged to contact the East Point Police Department at (404) 761-2177 or their local authorities.

Please share this story about the disappearance of Sabah Nasheed Karriem-Conner to continue the discussion about her case. She is our sister and her life matters.

Our Black Girls@OurBlackGirls
310 Following 1.4K Followers
RT @IHaveVanished: Where is Lovely Brooks? Foul play feared in case of missing Richmond woman https://t.co/YAv0Jkyb9E
16 hours ago
199
RT @BAM_FI: #Pittsburgh, PA: 25y/o Nia Rash is STILL missing. She was last seen at a bus stop located on Frankstown and Duff Rd, near the M…
16 hours ago
502
RT @DCPoliceDept: Brittany Kemi Abosede has been located. Thank you for your help!
2 days ago
14
Children