Home » Brenwanda Smith Vanished From A Bus Depot In 1997

For decades, there has been no resolution to the missing person case involving Brenwanda Smith, known to her loved ones as “Brennie.” At the time of her disappearance in 1997, 24-year-old Brenwanda was working as a SEPTA (Southeastern Pennsylvania Transportation Authority) driver. It had been her occupation since 1994 and she worked on-call, or as a “hold-down operator,” which basically meant that she filled in for other drivers who called in sick or took vacation days.

According to reports, Brenwanda Smith worked as many hours as she could in order to help save money for her apartment at the Lynnewood Gardens in Cheltenham. She made her big move to her new home in January, but no one knew that just a month later, Brenwanda Smith would go missing.

On February 18, 1997, Brenwanda clocked in at work at 4:00 a.m. Eight hours later, it’s reported that she was driving the Route C bus when she was involved in a minor traffic accident on Broad Street near Girard Avenue in Philadelphia. Brenwanda did fill out an accident report in connection with the incident and departed work at approximately 1:30 p.m. Mysteriously, at 7:00 p.m., two of Brenwanda’s coworkers claim that they saw her at the bus depot. They offered her a ride, but Brenwanda declined and said that she already had one. Brenwanda didn’t have a car of her own and would often get rides from her coworkers, her father, or would take the bus. 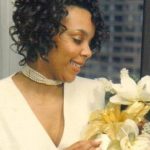 An investigation led detectives to look into a man named Juan Covington, a former employee of SEPTA. He’s been described as being a schizophrenic and in 2005, Covington told police that he’d killed three people and injured two others in the course of eight years in various shooting incidents. One of his victims included his cousin, a preacher that he shot and killed during a prayer service. For his crimes, Covington received three life sentences. It’s said that Covington had asked Brenwanda Smith out for a date and she turned him down. Shortly before she went missing, Brenwanda was allegedly seen arguing with Covington at their workplace.

Although Juan Covington has been publicly named as a person of interest, he hasn’t admitted to being involved with the disappearance of Brenwanda Smith. Additionally, the other murders he has told police about were reportedly committed under vastly different circumstances and investigators claim there isn’t any evidence tying him to Brenwanda’s missing person case.

At the time of her disappearance, Brenwanda Smith stood somewhere between 4 feet 9 inches to 5 feet tall and 135 to 145 pounds. She had brown/light brown hair that was styled in braids and brown eyes. Both of her ears are pierced. She was last seen wearing her SEPTA uniform which included a light blue shirt with the SEPTA logo on the sleeve and dark blue slacks/pants. She would be 47-years-old at the time of this publication.

Anyone with information regarding this case is urged to contact the Cheltenham Police Department at 215-885-1600 or their local authorities.

Please share this story about the missing person case involving Brenwanda Smith to help bring closure to her case. She is our sister and her life matters.

Danielle Mouton, 24: Was Homeless & May Have Been Kidnapped In 2010

Michelle Chrysler, 22: Last Seen With An Unknown Man In 1997