Home » Lutricia Ann Smith Thompson: No Investigation Was Conducted At The Time Of Her Disappearance In 1988

Stories like this about Lutricia Ann Smith Thompson is a classic example of why I decided to launch Our Black Girls. For decades, no one has known what happened to the Pascagoula, Mississippi resident and 19-year-old mother, and it’s stated by the National Missing & Unidentified Person System that at the time of her disappearance back in 1988, there wasn’t even an investigation into her case. She was a teen who had just given birth, but authorities refused to take her missing person case seriously. Now, here we are, with no real leads, little information, and a family that never learned what happened to their relative.

In 1982, a man named Samuel Little was arrested in Pascagoula for the murder of Melinda Rose LáPree. According to reports, the 22-year-old had vanished in the Fall, however, he wasn’t indicted for her murder. Little would then be charged for a series of other murders of women in various states including California, Florida, and Ohio. He’s been accused of murder in Florida, but he was acquitted during trial after the characters of witnesses were brought into question. In 1984, a young woman he’d beaten and strangled survived her attack. Just one month later, he was found at the same location with a woman he’d also attacked and strangled. He was sentenced to serve only a little over two years for both crimes.

Things unfolded for Little and his victims when, in 2012, he was taken into custody at a homeless shelter over a narcotics charge. After running his DNA through the system, authorities found that he was linked to a number of murders from the 1980s—all in Los Angeles. Since that time, authorities have investigated close to 100 cases that Little could have possibly been involved in throughout the United States. Little is currently serving out four life sentences in Georgia without the possibility of parole. Whether or not Samuel Little is being investigated in connection with Lutricia’s disappearance is undisclosed, along with many other potential cases. 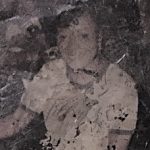 While Samuel Little was under investigation, the family of Lutricia Ann Smith Thompson contacted investigators to ask them if their daughter/sister could have been a victim of the vicious serial killer. They last had contact with Lutricia on September 1, 1988, and never heard from her again. Reports state that Lutricia told them she was leaving to meet up with a few friends, but she never came back. Whether or not she made her appointment with her friends is unknown.

Additionally, Lutricia Ann Smith Thompson has just given birth weeks earlier on August 11. When her family attempted to report her missing with the Pascagoula police, there was reportedly no investigation into her case.

At the time of her disappearance, Lutricia Ann Smith Thompson stood 5 feet 4 inches tall and 135 to 150 pounds. She had dark brown hair and brown eyes. She has scars on her left hand. Lutricia was last seen wearing an orange shirt with navy blue pants. She would be 50-years-old at the time of this publication.

Renee Kyles, 53, Visited Her Daughter Before Disappearing In 2007

Anyone with information regarding this case is urged to contact the Pascagoula Police Department at (228) 938-6654 or their local authorities.

Please share this story about Lutricia Ann Smith Thompson to help gain awareness about her missing person case. She is our sister and her life matters.