Fourth of July celebrations in the United States are well-planned three-day weekends that millions of Americans enjoy with their friends and families. That’s certainly what Erica Hunt did back in 2016, and unfortunately for the 20-year-old, it was the last time anyone had contact with her.

According to reports, Erica was visiting a relative in Opelousas, Lousiana on July 3. The young mother was her uncle’s home along with her two-year-old daughter, Breionna, and all seemed well as the group of loved ones gathered together for a relaxing day.

“It was just a good day for our family,” Erica’s sister, Shantashia Isaac, recently told Dateline. “Everyone was just hanging out and having a good time.”

According to Erica’s family, nothing seemed out of the ordinary during the celebration. Erica spoke of wanting to move into a new home and was excited for her upcoming 21st birthday. The missing mother did mention that the next day, she and a friend who also had a child planned a trip to Lake Charles, but Erica Hunt disappeared before that could happen. Shantashia and mother Shannon Isaac stated that the last time they saw Erica was on the evening of July 3. Erica left her daughter with them for the night and was scheduled to pick Breionna up the next day for the lake trip, but she never showed.

It’s reported that Erica was also scheduled to braid her friend’s hair, but she didn’t make that appointment, either. When they all learned that Erica didn’t return home and her roommate was also concerned, everyone felt that something wasn’t quite right. On July 6, an official missing person’s report was filed with the police department.

Over time, people have claimed that they’ve seen Erica around the city like the alley behind Ray’s Boudin, a grocery store, or somewhere along random streets, but investigators said that none of those sightings could be confirmed. Someone even tipped off police and told them that Erica’s remains could be found “possibly in a house on Hirsch Alley” where Erica once lived, but after an extensive search, nothing related to the disappearance could be located. Cadaver dogs were used, but nothing was found.

“She was always smiling and she just loved being around family and friends,” Shantashia said. “And we were as close as sisters could be. I mean, of course, we fought like crazy. But we could be arguing and then if something happened and I needed her, it didn’t matter, she would be right by my side to help me. That’s who she was.” 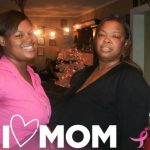 Authorities believe that Erica Hunt could be in danger and shared that there were no suspects in her case. It’s as if she vanished into thin air… but someone, somewhere, knows something. Other reports about this case suggest that because Erica smoked cannabis, that maybe it is someone how related to her disappearance.

“We’ve been living a nightmare these past few years,” Shantashia said. “But we’re trying to stay strong. We’re not giving up until we bring Erica home.”

At the time of her disappearance, Erica Hunt stood 5 feet 4 inches tall and weighed 160 pounds. She had brown hair and brown eyes. Erica had multiple tattoos: “Nicole” on her lower back, “Breionna” on the outside of her right wrist, and a Care Bear with a star on the back of her shoulder. Her middle name is “Nicole.” She was also a cigarette smoker and would be 24-years-old at the time of this publication.

Anyone with information about this case is urged to contact the Opelousas Police Department at 337-945-8577 or their local authorities.

Please share this story about Erica Hunt to help reignite the investigation into her case. She is our sister and her life matters.