There hasn’t been movement on the puzzling missing person’s case involving Debra Townsel. Once again, we’re faced with another case where information is scarce, but I’ve included what I could find about the 21-year-old missing woman.

It isn’t clear where Debra Townsel was living when she went missing on July 1, 1980, but it’s reported that she disappeared from Deerfield, Florida. The Charley Project reports that she had a young son named Damion, and during my research of Debra’s case, I learned that his birthday is February 4, 1977, making him three years old when his mother disappeared. 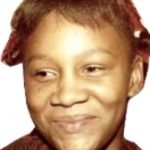 On TCP‘s blog, a person commented a quote from a relative who claims to be Debra’s niece. This person stated that Debra Vanessa Townsel was at a nightclub in Ft. Lauderdale the evening she went missing. She was reportedly scheduled to be picked up by the niece’s mother, Dorinda; however, when Dorinda arrived, she learned that Debra had already left the venue. No one has seen or heard from Debra since then and who she left with remains a mystery.

Various agencies have a few minor conflicting reports about Debra Townsel. Some list her birthday as February 4, 1959, while others state it is February 8. Additionally, some reports claim that Debra went missing on July 1 while others say September 27.

At the time of her disappearance, Debra Townsel stood 5 feet 5 inches tall and 130 pounds. She had black/dark brown hair and brown eyes. The clothing she was last wearing or any distinguishing marks is unknown. She may go by the alias “Denese Thompson.” Her middle name is “Vanessa.” The Doe Network reports that Debra’s DNA is on file.

Please share this story about Debra Vanessa Townsel to help reignite the investigation into her case. She is our sister and her life matters.