Home » Renee Kyles, 53, Visited Her Daughter Before Disappearing In 2007

Thirteen years ago, a family began the harrowing journey to find answers. It was on September 8, 2007, when Renee Kyles was last seen at a residence in Kalamazoo, Michigan, but since that time, it seems as if the 53-year-od grandmother vanished into thin air. According to reports, Renee moved from Chicago to Kalamazoo to be near her daughter, La Joya Newton, and her 11-year-old granddaughter. Renee and La Joya are said to have seen each other on September 8 before all contact with Renee abruptly ceased.

On that same day, friends of Renee Kyles reportedly watched as she left her daughter’s home and got into a black Pontiac Vibe. She said she planned on watching a football game at a friend’s house and was later seen getting into the same vehicle outside of her home. After that, things start to become suspicious. A witness told authorities that they possibly saw her in a large SUV, possibly a Nissan Pathfinder. There are also reports that state a surveillance video shows Renee Kyles in the lobby of a local hotel room the day before she disappeared, but it’s relevance to her missing person case remains a mystery. 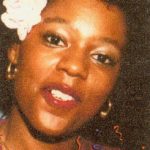 Investigators attempted to track Renee through her food stamp card, hoping that if anyone used it, they would be able to narrow down a location. However, the card has gone unused. Eleven days after she disappeared, on Renee’s birthday, her Toyota Camry was found in Kalamazoo with a trunk that contained a suitcase and clothing items. One of the windows was reportedly broken, but there was no indication that anything happened to Renee Kyles inside of the vehicle.

Whenever an adult goes missing under mysterious circumstances, the theory that they decided to walk away from their life and leave everything behind always lingers. Yet, investigators, nor Renee’s loved ones, believe that was the case for the doting grandmother.

At the time of her disappearance, Renee Kyles stood 5 feet 3 inches tall and weighed 115 pounds. She had black/dark brown hair and brown eyes, and it’s reported that she often wore a short black wig. Renee’s middle name is “Lynette” and she’s known to talk fast. She would be 66-years-old at the time of this publication.

Anyone with information about this case is urged to contact the Kalamazoo Department of Public Safety at (269) 337-8994 or their local authorities.

Latisha Hayes McCarter, 15, May Have Been Kidnapped In 1998

Please share this story about Renee Kyles in order to help reignite the investigation into her case. She is our sister and her life matters.