Like many other teenagers her age, Aurora McCarter was at odds with her mother, Latosha Bartlett, over someone she was dating. The 17-year-old Junior Cadet got into a fight with her mother months ago on July 7, however, whereas many teens would quickly return home, Aurora stayed out of sight. Six days after leaving, her family officially reported her missing, but Aurora McCarter was able to dodge authorities while out on the streets. 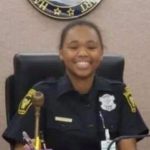 It seemed as if Aurora was looking forward to a life as an officer, considering just weeks before running away from home, she’d enrolled in Ohio’s Cincinnati Police Department’s Summer Cadet Program. As she looked forward to her junior year of high school, Aurora McCarter volunteered for community service and learned what it was like to be a police officer, but somewhere along the way, the teen deviated to a troublesome path.

“Aurora is just a beautiful child, a sweetheart, very humble, very respectful,” said Donna White, McCarter’s aunt. “We never had to worry about her because we never saw her do anything wrong.”

According to reports, Aurora had been dating an 18-year-old boy named Christopher Coleman. Her mother didn’t approve and as an act of defiance, Aurora left home without alerting her loved ones of where she was going and who should would be staying with. She ignored their texts and calls, but many hoped that Aurora McCarter would see the err of her ways and return home. In later August, just five weeks after running away, Aurora’s mother received tragic news. 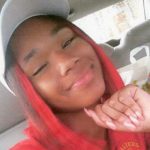 Investigators state that Aurora was in the company of an unidentified person who was selling a gun to a 16-year-old boy when he shot her. Because he is a juvenile, he hasn’t been named in public reports. Yet, Cincinnati’s The Enquirer states that court documents describe the shooter as a “delinquent child” who was a runaway from February to August before he was found and placed with his grandmother by Family Services. Authorities claim that during the transaction with Aurora McCarter and her associate, the shooter decided he didn’t want to pay for the gun so he opened fire. Aurora was later pronounced dead at a local hospital.

The teen suspected of killing Aurora McCarter has been charged with aggravated murder and the investigation is ongoing. Aurora’s aunt refuses to believe that her niece was involved in a gun sale and insists that Aurora must have been “tagging along” with someone else. The aunt also revealed that Aurora and the person she was with both knew the shooter from school. The argument Aurora McCarter had with her mother, added her aunt, was the first time the 17-year-old showed any act of rebellion.

“She was very quiet. Her smile was infectious. She had dimples out of this world,” said Sgt. Cassandra Tucker. “She brought a ray of sunshine into the room. She never came to work with a frown on her face… She was like a seed: the more you water it, the more it grows into a beautiful flower. That was Aurora.”

Anyone with information about this case is urged to contact the Cincinnati Police Department’s Homicide Unit at 513-352-3542.

Please share this story about Aurora McCarter to help bring awareness about the loss of this promising young life and to hopefully help someone in the future. She is our sister and her life matters.