Tonetta Carlisle,15: Kidnapped While Walking Home From School In 1989

In 2016, 35-year-old Krislyn Gibson enjoyed a night out with her friend, Sidney Taylor. It was April 1 when they traveled from Houston to Austin, Texas to attend the Urban Music Festival, and because they were so close to his home, Sidney called up his buddy Harvey Lester Cyphers. It’s reported that Sidney knew Cyphers for many years, so the trio eventually linked up and decided to make their way over to a club called The Landing Strip. They stayed there until 2:00 a.m. and were captured by surveillance footage leaving the establishment, but that would be the last time anyone saw two of those people alive. 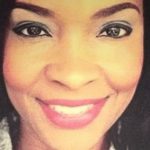 An hour after they left the nightclub, Sidney’s other friend, the person who they were staying with in town, checked in on him and Krislyn to see if they were safe. Sidney told that person that they were with Cyphers. After those early morning hours on April 2, no one was able to get into contact with Krislyn Gibson or Sidney Taylor. It didn’t take long for loved ones of both adults to file missing person reports, and soon, investigators zeroed in on Cyphers, the last person known to be with the pair.

Just days after they disappeared, Sidney’s vehicle was found in Houston, over 150 miles away from their last location. This find piqued investigators’ interests because, in the backseat, there was a large pool of blood and in the trunk, there was evidence of blood and hair. A search of Cyphers’s home would uncover blood evidence as well, and when police tracked cell phones, they found that on the morning of April 2, Sidney, Krislyn, and Cypher’s phones were all on the move to Houston together.

It was also discovered that Cyphers made a few purchases from a local Wal-Mart store that led authorities to believe that he was attempting to dispose of the remains of Krislyn Gibson and Sidney Taylor.

In 2019, Cyphers was indicted for the murders of Krislyn and Sidney, and prosecutors allege that the 53-year-old used a bath mat, a shower liner, and shower curtains to conceal their bodies. Days after the two friends disappeared, police questioned Cyphers and found him in possession of firearms. In 2001, he was convicted of unlawful possession of a firearm and in 1998, he was convicted of possession of a controlled substance. Because of his criminal past, Cyphers served two years for having a firearm and was released in February 2019.

However, earlier this week, Harvey Lester Cyphers was officially charged with capital murder in connection to the disappearances of Krislyn Gibson and Sidney Taylor. He was reportedly arrested without incident and his bond has been set at $1.5 million.

This case is ongoing. The remains of Krislyn Gibson and Sidney Taylor have not been located and they remain missing.

At the time of her disappearance, Krislyn Gibson stood 5 feet 3 inches tall and weighed 110 pounds. She had brown hair and brown eyes. She also had multiple tattoos: Betty Boop on the outside of her left leg, a butterfly on the top of her left foot, and the word “ONE” on her left upper thigh.

Anyone with information regarding this case is urged to contact the Austin Police Department at (512) 974-5210 or their local authorities.

Please share this story about Krislyn Gibson and Sidney Taylor in the hopes of attaining justice for them and their loved ones. She is our sister and her life matters.

Our Black Girls@OurBlackGirls
310 Following 1.4K Followers
RT @sikivuhutch: #Standing4BlackGirls South L.A. challenging cultural stereotypes about #MeToo and the disproportionate numbers of Black gi…
7 hours ago
4
RT @fox32news: Chicago police are asking for the public's help in locating a woman who has been missing for days from the Bronzeville neigh…
6 hours ago
8
RT @MEM_PoliceDept: Have you seen Angelica Wynn and Ariya Wiley? Report #2302001230ME https://t.co/LUCBfx9Uso
6 hours ago
93
Children

Tonetta Carlisle,15: Kidnapped While Walking Home From School In 1989