Home » Tonetta Carlisle,15: Kidnapped While Walking Home From School In 1989

For decades there have been unanswered questions about the disappearance of 15-year-old Tonyette Carlisle. It was an average school day on March 16, 1989, in Chattanooga, Tennessee when Tonetta was making her way home at approximately 2:55 p.m. She was close to her home over on Hamilton Avenue when a witness watched in horror as Tonetta Carlisle was kidnapped off of the street.

A woman, who was about a half of a block away from Tonetta’s home, told police that she looked upwards towards the hill on the road and saw Tonetta Carlisle walking down the street. Then, a tan and yellow vehicle approached and the witness said that there were a number of people who jumped out of the vehicle. grabbed Tonetta, and threw her in the van before driving off. The woman and her husband chased down the car, a vehicle with a Tennessee license plate number reading LKH 920, and then called the authorities for help. 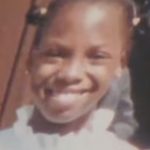 Meanwhile, Tonetta’s worried mother, Nonie Sturdivant, waited for her daughter to return home from school. Nonie quickly reported her daughter as missing, but the police didn’t initially connect the two cases. When investigators ran the license plate number through their system, it was traced back to a man named Jeffrey Jones. Police believed they were on the right track when they learned that Jones had served eight years in prison after he was convicted of aggravated sexual assault and rape. He had only been out of prison for approximately a year before the Toletta Carlisle kidnapping occurred and was reportedly tied to the rape of a woman two months prior.

While Jeffrey Jones was a promising lead, he would dig an even deeper hole into the mystery of the disappearance of Tonetta Carlisle. On March 18, 1989, just days after Tonetta was kidnapped, police located Jones’s van and found the suspect inside. He’d committed suicide by way of carbon monoxide poisoning.

” I think Tonetta put up a fight and I believe he accidentally hurt my baby. And I believe she’s buried somewhere and that’s the very reason he went on and killed himself,” Tonetta’s mother told reporters in 2013. “I wish someone had the courage to come [forward]… you know the information about my daughter, cause somebody right here in Chattanooga knows something about my daughter.”

Tonetta has never been located and authorities stated that there were rumors that she was kidnapped and forced into prostitution in California.

In 2019, Nonie and Tonetta’s brother, Darrell Stewart, learned that the teen’s case was being reopened by the District Attorney’s office. “You see stuff like this in movies and you hear about it, you don’t think it will hit home,” said Darrell. “We really want to encourage everyone through our little sister, with school starting, to be careful. The parents, network with each other try not to have your child walking by herself.”

At the time of her disappearance, Tonetta Carlisle was a petite teen who stood 5 feet 1 inch and was 95 pounds. She had black/dark brown hair—curly, shorter on the top and sides while long in the back—and brown eyes that are described as being almond-shaped. Tonetta was last seen wearing a pink blouse with white stripes, a denim skirt, and white shoes. She didn’t wear glasses and it is unknown if she was wearing any jewelry.

Anyone with information regarding this case is urged to contact the Chattanooga Police Department at (423) 643-5000 or their local authorities.

Please share this story about Tonetta Carlisle to help bring her family closure. She is our sister and her life matters.