A baffling mystery has carried on for 10 years and it doesn’t seem as if investigators in Henrico, Virginia are any closer to discovering what happened to Arianna Davis. There didn’t seem to be anything irregular about April 30, 2010 when the 21-year-old left her home and made her way to the J Express Mart on Nine Mile Road. It was just a three-block walk for Arianna, but for some peculiar reason, she never returned. Since that day, no one has seen or heard from Arianna Davis. 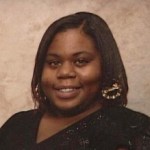 She left her identification and keys at home because it was expected that she would quickly return. Reports state that Arianna made it to her destination and purchased a Black and Mild cigar from the clerk sometime around 1:15 to 1:30 p.m. She left the store and was spotted walking down Koch Avenue and authorities stated that witnesses claimed there was nothing unusual about Arianna’s behavior. She was just six weeks away from graduating from a massage therapy program in college and from all accounts, Arianna was excited about her future.

Arianna Davis lived at home with her parents at the time of her disappearance and had never stayed away from home for long. She hadn’t even spent a night away from home and was so close to her family that she would contact her parents if she would be away for longer than an hour. It is highly uncharacteristic for her not to return, so it’s unimaginable what her loved ones have endured for the last decade.

It’s reported that Arianna didn’t have a car of her own and would use public transportation, so it wasn’t believed that she somehow drove off. She was said to have been seen with a man around the store that she visited, and while it hasn’t been stated that the unknown man is a suspect in Arianna’s disappearance, this man was later arrested and sentenced for stabbing a woman.

At the time of her disappearance, Arianna Davis stood 5 feet 5 inches tall and weighed 200 pounds. She had black/dark brown straight, shoulder-length hair and brown eyes. Both of her ears are pierced. Arianna was last seen wearing blue rolled-up cut-off jeans, a pink shirt, and multicolored flip-flops. Her hair was reportedly pulled back in a wrap with a pink and white hair clip. Her middle name is “Ivane” and her nickname is “Peaches.”

Anyone with information regarding this case is urged to contact the Henrico police at (804) 501-5000 and ask for Investigator K.S. Howdyshell, Crime Stoppers at (804) 780-1000, or their local authorities.

Please share this story about Arianna Davis to help her family learn what happened to her that day. She is our sister and her life matters.