Home » Tarie Price, 8, Was Reportedly Swept Away In A Nebraska River

For months, search crews have been on a quest to find eight-year-old Tarie Price. On June 11, 2020, every mother’s worst nightmare occurred when Tarie (some publications spell her name “Taries”), who was at Schramm Park in Gretna, Nebraska with her mother, Latressa Price, disappeared while playing. According to reports, Tarie was with four other children as they were playing with a dog on a sandbar on the Platte River. The children were separated from Tarie’s parents and suddenly, Tarie was reportedly swept away and was last seen approximately a mile to three-fourths of a mile downstream. 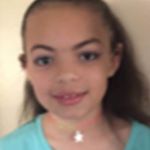 Almost immediately, search teams began scouring the area hoping to locate the little girl. Soon, there were helicopters, people on foot, various agencies, a dive team, volunteers in airboats, and even cadaver dogs at the scene—and they have continued to search in cycles since that fateful day. Unfortunately, at the time of this publication, Tarie has yet to be found.

“I’ve never experienced nothing like this… my life is just shattered and flashes in front of my eyes I’m lost for words,” lamented Latressa. In October, the worried mother was embarking on a search when she said, “It’s getting cold outside, we’re already over 131 days since she went missing. I just feel like this is our only hope, this is our only chance if she’s in the water to bring her out.”

Tarie is dearly missed by her parents as well as her five brothers and sisters.

“There’s hope, and miracles happen every day and I know she’s a miracle she was my miracle,” said Latressa.

At the time of her disappearance, Tarie Price stood four feet tall and weighed 70 pounds. She has black/dark brown hair and brown eyes. Tarie has a scar on her thigh and was last seen wearing a pink bathing suit.

Anyone with information regarding this case is urged to contact the Sarpy County Sheriff’s Office at (402) 593-2288 or their local authorities.

Please share this story in order to help bring little Tarie Price home. She is our sister and her life matters.