The twists and turns of this story read as if they were plucked out of best-selling fiction, but the disappearance of 39-year-old Gracie Nash from Austin, Texas, and all of the components leading up to it are unbelievably etched in truth. This case doesn’t begin with Gracie, but with her family and the chaos that ensued from 1983 to 1984. In May 1983, Gracie’s brother Melvin Davis, known affectionately as “Butch,” decided it was time to break up with his girlfriend, Naomi Easley. That was the catalyst that would spark a 10 month attack on the family by Easley—and the story ended in shootings, missing people, and death.

Following their breakup, Melvin soon incurred the wrath of his ex. Easley reportedly did her best to get Melvin fired from his job, threatened him with a gun to which he personally disarmed her, and things escalated to the point that police needed to be called during an altercation. When authorities arrived, it’s reported that they found her with a butcher knife and a firearm. Melvin wasn’t the only person that Easley targeted; he lived with his brother, John Henry Davis Jr., for 15 years and John found himself on the receiving end of Easley’s reported madness.

There were instances when John would find the tires of his car slashed and someone repeatedly broke into the Davis brothers’ home where the perpetrator destroyed their clothes and property. Three months after the breakup, an unnamed suspect set their garage on fire, in turn burning John’s car, and Melvin even caught his ex Easley pouring sugar and syrup into his gas tank.

Things became progressively worse when relative Ronnie went to visit his brothers’ home while they weren’t there and encountered a distressing scene. It was the day before Halloween and Ronnie realized upon entering the house that there was someone inside, and when he attempted to flee, he was met with gunshots. Thankfully, he wasn’t hit, but the assaults on the family were far from over.

November 1983 was six months after Melvin broke things off with Easley, but she was still angry. As he was leaving his home, Melvin was reportedly confronted by Easley as he was making his way to his vehicle. She unleashed a physical attack: Easley shot him in the wrist resulting in Melvin breaking his arm. Unlike previous altercations, this time Easley was arrested. It reportedly didn’t take her long to bond herself out of jail, and three days after Melvin’s attack, someone shot at his brother John as he was leaving their home in the early morning hours. Once again, thankfully he wasn’t injured. 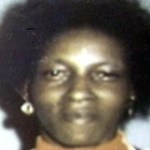 Now, throughout this ordeal, Gracie Nash—the fourth in seven siblings—was going about her daily existence. She lived an unassuming life and, according to her loved ones, the mother of two steered clear of trouble. She didn’t use drugs, she didn’t drink, she didn’t go out to nightclubs or bars, and her employer said throughout her 10 years employed at a nursing home, she was a respected worker. She’d been married but divorced, and at the time that Gracie went missing, she did have a boyfriend. However, it’s reported that her loved ones weren’t convinced that her relationship was tied to her disappearance.

It was the day after Christmas when Gracie, who lived with her parents and two siblings, finished her shift at work at 11:00 p.m. and assumingly was making her way home. Because it was so cold and the roads were unsafe, Gracie’s sisters advised her to leave work early, yet, she decided to work her full shift. She never made it back home.

The impending investigation into her missing person case uncovered concerning clues as to what may have happened to Gracie Nash. When looking at the parking lot where she worked, authorities found her necklace. Two days after she disappeared, Gracie’s car was found abandoned at an apartment complex. Inside, there was a dismal scene. It looked as if someone had been assaulted and it’s reported that investigators believed evidence pointed to someone having been shot. It’s said that there was so much blood it seemed unlikely that the victim could have survived.

The family continued to be harassed. It hadn’t been 24 hours since Gracie went missing when her mother received a haunting, anonymous phone call. “If you want to see your daughter alive again, tell your son to drop charges against the woman.” That was all the person said before they hung up and was never heard from again. Unfortunately, the siblings would suffer another tragedy just six weeks later when, in February 1984, John was leaving his home and making his way to his car when someone fired upon him yet again. Unfortunately, he was shot to death.

Meanwhile, authorities seemed to believe that all of these incidents were tied to Naomi Easley, but she denied having anything to do with Gracie Nash’s disappearance, John’s murder, or the break-ins and shootings at her ex’s home. She did reportedly admit to threatening him with weapons, slashing his tires, trying to get him fired, and other instances of harassment, but when she was tried in court, she was met with a hung jury. In the end, Easley reportedly received 10 years probation after taking a plea deal of no contest to aggravated assault.

While John’s murder goes unsolved and Gracie Nash remains a missing person, Easley went on with her life. Three years after her relationship with Melvin ended, Easley married Kent Moore but that relationship didn’t end in wedded bliss. It’s reported that her violent streak continued with her estranged husband while they were in the midst of a divorce. Moore was attacked in 1989 when he sustained five gunshot wounds that included two that he took in the chest and one in the head. He made sure to identify the person he claimed was responsible: his wife Naomi Easley. Tragically, he succumbed to his injuries and died.

During the murder trial, Melvin Davis testified against his ex-girlfriend and shared his harrowing experiences and what his family endured. Documents state that Easley attempted to persuade a pastor she was allegedly seeing to testify on her behalf and say that she was with him at the time of her husband’s murder. She wrote the pastor letters, blackmailing him and saying that she couldn’t make him do anything, but if he didn’t, she would tell the world about their relationship.

“The ball is in your court. You make the next play,” the letter reportedly reads. “You can make it easy or you can play hard ball and we all get battered and bruised. The choice is yours.”

Easley is reportedly serving a 75-year sentence in prison. According to public records, Easley was up for parole in November 2019 but was denied on the grounds that she’s still a danger to public safety. She will once again face the parole board in November 2021. While Naomi Easley was a person of interest in the disappearance of Gracie Nash and the murder of John Henry Davis Jr., she has not been charged with any crimes connected to either case.

At the time of her disappearance, Gracie Nash stood 5 feet 5 inches tall and weighed 112 pounds. She had black/dark brown hair and brown eyes. Gracie wore full dentures and was last seen wearing a white nurse’s uniform and gray coat with a large fur collar. She would be 76-years-old at the time of this publication.

Please share this story about Gracie Nash to help reignite the investigation into her disappearance. She is our sister and her life matters.