Home » Martika Ferguson: Murderer Says He Killed Her To “Teach Her A Lesson”

A 27-year-old woman’s life was cut short during the holiday season. It was on Sunday, November 29, 2020, when Enid, Oklahoma police came across a grisly scene. The body of Martika Ferguson was located in the alleyway of a residential neighborhood in the small town that hosts just under 50,000 residents. The former high school cheerleader was known for her artistic endeavors, vibrant personality, and devotion to her son, but on that day, someone had shot her in the head and left her for dead. 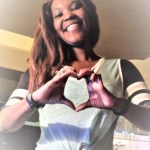 An autopsy would later reveal that the weapon of choice for the assailant was a shotgun, and it didn’t take long for investigators to name a suspect. After pouring over surveillance footage from nearby businesses and residences, police saw the image of 30-year-old Shane Dale Perosi, a former convict. He’s had his fair share of run-ins with the law, including a child abuse conviction in 2010 and an assault on an officer charge in 2016. Perosi’s home was also just a block from where Martika’s body was found.

On December 2, SWAT officers issued a no-knock warrant at Perosi’s residence and arrested him on charges of first-degree murder, destruction of evidence, and possession of a firearm after a former felony conviction. What those surveillance cameras captured was Martika Ferguson walking down the street alone before she turned down another road and ran into a biker wearing a distinctive black jacket and a cowboy hat. The man was identified as Perosi, and soon, cameras followed as the pair continued walking together toward Hallmark Baptist Church. Then, they made their way toward the alley to an area that was outside of the view of cameras.

Twelve minutes later, Perosi is seen on video coming back into view, albeit by himself, before leaving the scene on his motorcycle. Perosi became a person of interest after receiving an anonymous tip that helped investigators identify the man in the video. The person told authorities that Perosi and Martika Ferguson dated years ago but sometimes she would stay at his residence, which was set up in a garage. The tipster stated that their girlfriend received “threatening messages” from Perosi, including one that mentioned she “might end up like your girl Tikka, I hear they found her dead yesterday.” 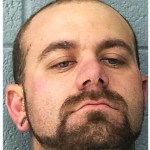 When his home was searched, police found evidence connecting him to Martika’s murder including the jacket worn by the man in the video. During questioning, after being presented with the evidence, Perosi reportedly confessed to being responsible for the slaying. He reportedly told investigators, “I’m glad I killed that f*cking b*tch,” adding that he did it “to teach her a lesson.” Perosi said he had grown frustrated with “tweekers” who were allegedly stealing from him, and the day before Martika was found dead, Perosi claimed one of his friends caught her inside of his home.

In turn, Perosi said he “banned” Martika Ferguson from coming to his residence, telling her that the church was as close as she was allowed to be to his house. While he did reportedly admit that he shot and killed Martika, he placed partial blame on the deceased woman. According to Perosi, he’d brought the gun for protection and knew that it was loaded. He claimed he used it to frighten Martika, but alleged that she grabbed it after he cocked it and it accidentally went off.

Perosi told police “people need to be held accountable for their actions.”

If convicted of all of the charges, Perosi could be sentenced to the death penalty.

Please share this story about Martika Ferguson as a warning for others. She is our sister and her life matters.