Home » Brittany Williams, 7, Was Allegedly Given Away To A Woman In 2000

Life at home for seven-year-old Brittany Williams wasn’t an easy one. Her mother, Rose Marie Thompson, was rounding the end of her pregnancy with Brittany when she found out that she had contracted AIDS, and following her baby’s birth, it was confirmed that little Brittany, too, had the disease. After entering the world, Baby Brittany was shuffled from one foster home to another, and not long before she passed away in 1996, Brittany’s mother gave her daughter to Kim E. Parker to be cared for.

The women knew one another after meeting through a charity that helped young children with AIDS and other special needs. According to reports, Parker’s home wasn’t much better than the sordid life that Brittany was living with Thompson. It is said that she lived off of donations given by the charity as well as benefits from the government. Parker was often visited by authorities after they received several calls about child abuse or neglect, and upon entering, her home was described as being so dirty that it was barely inhabitable.

In August 2000, Brittany was taken to the doctor for a regular check-up, and mysteriously, that’s the last time anyone saw the little girl. When Brittany Williams didn’t enroll in school that year, Parker was arrested for truancy. She told authorities that she was no longer Brittany’s guardian because she’d given the child to her two friends, Kathie Evans and Linda Hodges (or Jones). Not only that, Parker claimed that she’d paid Jones a total of $8,000 to care for Brittany but insisted she believed the little girl would be returned to her.

Parker’s story would change later on when in 2001 she had to appear in court to explain why Brittany hadn’t made it to a paternity test appointment. This time, Parker stated that Brittany was with family members, but documents show that she continued to receive $500 per month in government aid for Brittany until the following year.  By 2003, Parker had come up with a third story of where Brittany had gone to. A news publication had previously run a story on Brittany, so they decided to check in to see if they could offer an update. Parker told them Brittany no longer lived with her, but was being cared for by a woman in California.

That year, authorities were determined to locate Brittany Williams and put an end to Parker’s stories. Social Services legally took over the guardianship of Brittany and they asked investigators to launch a missing person case. Parker insisted she had no clue where Brittany was, but a judge didn’t buy it. She was ordered to spend three weeks in jail for not giving authorities information to help with the investigation.

The two women who Parker claimed to have turned Brittany over to were located by police, but they told investigators that they never cared for her. There were alleged plans for Brittany to visit them in California, but nothing had been solidified at the time. When they found out that she was missing, they joined the cause to locate the missing girl.

Police began looking into Brittany Williams’s missing person case as a possible homicide and they searched Parker’s home for evidence. They reportedly even went through her sewage system looking for clues, but couldn’t find anything that suggested Brittany had been murdered.

Meanwhile, in 2003, Parker was hit with multiple charges including mail fraud, wire fraud, and medical-assistance payment fraud for collecting money when Brittany wasn’t in her care. She was sentenced to eight years in prison and received an additional two years on charges of Medicaid fraud.

Due to Brittany’s health, it’s believed that she is no longer alive. Her government documents and identifications have not been used since she disappeared. 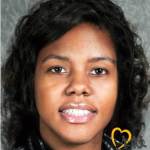 At the time of her disappearance, Brittany Williams stood 3 feet 8 inches tall and weighed 65 pounds. She had black/dark brown hair and brown eyes. She is biracial and has a light complexion. Brittany had chickenpox scars on her face and a port-a-cath tube inserted into the upper left side of her chest that caused scarring. Her hair was cut very short due to a lice infestation and because of her AIDS diagnosis, she is highly susceptible to illnesses and is in constant need of medical care. Her middle name is “Renee.” Brittany would be 27-years-old at the time of this publication.

Anyone with information about this case is urged to contact the Henrico County Police Division at (804) 501-4000 or their local authorities. Her agency case number is 030129111.

Please share this story about Brittany Williams to help reignite the investigation into her case. She is our sister and her life matters.

Our Black Girls@OurBlackGirls
222 Following 1.3K Followers
RT @blkwomenradical: “…I am not free while any woman is unfree, even when her shackles are very different from my own. & I am not free as l…
5 hours ago
105
Sex trafficking isn’t just a man snatching you off of the street… It’s also women posing as your friends. https://t.co/n7WO5iYD4j
13 hours ago
11 15
RT @aware_the: UPDATE: The 6-year-old missing from Fort Myers has been found safe in Hillsborough County, according to the Fort Myers Polic…
13 hours ago
62
Children