Home » Fonda Gandy, 41, Was Murdered By Teen She Tried To Help

A Florida woman was reportedly helping a teenage boy and his girlfriend, but their union would prove to be fatal. On Sunday (January 31), police responded to a home near Ocoee and found 41-year-old Fonda Gandy shot. Another woman at the scene, later identified as the girlfriend of the shooter, managed to flee to safety after police claim 16-year-old Michael Lecorn opened fire. According to multiple reports, Lecorn and his girlfriend began dating sometime in Fall 2020, and after he got into an argument with his relatives, he moved in with her and Fonda at their home. 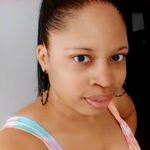 On the evening of the shooting, Lecorn’s girlfriend reportedly told police that she’d just returned home from work and made her way to her room. Lecorn was with her before saying he had to leave to go to the restroom, but suddenly, the girlfriend heard “two pops” and Fonda say, “What the hell?” Five more shots reportedly followed. Fonda was said to have been sitting on an air mattress in the living room area when Lecorn’s girlfriend alleges she saw him firing shots. Then, Lecorn allegedly turned his gun on his girlfriend and she ran to safety.

A witness told authorities that Lecorn received the firearm used in the shooting from a friend just days prior.

Immediately, the Orange County Sheriff’s Office asked the public for help in locating Michael Lecorn and soon, the teen was in custody. It’s reported that Lecorn shot and killed Fonda following an argument, but why they were reportedly at odds hasn’t been shared at the time of this publication.

IN CUSTODY: Michael Lecorn is in custody and under arrest. Thanks to everyone who shared this. https://t.co/5CNOPpF9Pz

“When I joined the Army and learned that my wife was expecting our first child, my mom stepped up and took time off work to support my wife and I in starting our new family while I finished my basic training and AIT,” Fonda’s son Jarvis Scott wrote on a GoFundMe page. “At 23 years old, I never thought I would be starting the new year with burying my mom. If you could help me with anything to cover funeral expenses that would be greatly appreciated.” 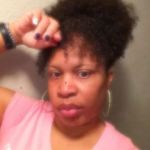 Anyone with information regarding this case is urged to contact Crimeline at 800-423-8477.

Keyonna Cole Disappeared Six Month After She Was Nearly Murdered

If you would like to help Fonda Gandy’s loved ones during this time, you can visit the family’s GoFundMe page here.

Please share this story about Fonda Gandy as authorities bring closure to her senseless murder. She is our sister and her life matters.