After nearly eight years without knowing exactly what happened to 17-year-old Alexis Murphy, it’s being reported that the teen’s remains have been located. In early August 2013, Alexis was reported missing after she traveled to Lynchburg, Virginia to do a bit of shopping. When her relatives didn’t hear from her they became concerned and soon, an investigation was underway. 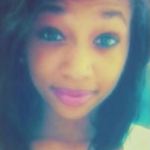 I first reported on Alexis Murphy’s case in 2018 and shared that a man named Randy Taylor was later arrested, charged, and convicted in her case. Surveillance footage at a gas station showed Alexis entering the market sometime in the evening the day after she was reported missing. A man seemed to be near or with her, and he was identified as Taylor after police noticed his distinctive tattoos. A search would uncover personal items in Taylor’s possession that had Alexis’s DNA including a necklace and a torn fingernail, as well as the teen’s blood on Taylor’s shirt.

Taylor was tried, convicted, and sentenced to two life terms, even though there wasn’t a body recovered at the time to prove that Alexis Murphy was deceased.

The Chief Medical Examiner’s Office confirmed the identity of the remains as Alexis on February 5. A local news station reported that the remains were found on December 3, 2020 “on a private property near Stagebridge Road along Route 29.” The announcement about locating Alexis’s remains was delayed in order to give her family the proper time to grieve and make arrangements, said the Sheriff’s Office.

The family released the following statement:

Our family is so grateful for the continuing love, support and prayers for Alexis and our family over the past 7 years. While we have been grieving the loss of Alexis since 2013, we remained hopeful that she would be found alive and well. Alexis was the fashionista, athlete and joker of our family; we were blessed to have loved her for 17 years and her memory will continue to live on through us all. Our family would like to extend a heartfelt thanks and sincere gratitude to the citizens of Nelson County, the FBI, the Virginia State Police, the Nelson County Sheriff’s Office and all of the search and rescue teams for your commitment and unwavering support to find Alexis. You all kept the promise made in 2013, to bring Alexis home!

During this time, we ask that you continue to lift our family up in prayer and in the words of Alexis, ‘Keep Hope Alive’.”

I send my most sincere condolences to Alexis’s family during this difficult time.

Please share this story about Alexis Murphy to help continue the discussion about protecting Black girls and women. She was our sister and her life matters.