It was about two weeks ago when the loved ones of Nyeisha Nelson noticed that the 20-year-old had gone missing. The last time anyone physically saw the young mother was on February 11 when she was reportedly dropping her daughter off at a Crescent City, Florida school. When Nyeisha didn’t return to pick up the little girl later that day, her loved ones became concerned. On February 17, they officially reported her as a missing person. 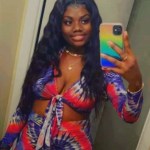 Twenty-four hours later, Nyeisha’s vehicle was located abandoned in a wooded area not far from Crescent City. On February 20, a shallow grave was discovered on a fern farm and fingerprints confirmed that it was Nyeisha Nelson. This week, police listed the hairdresser’s case as a homicide and are hoping that the public can help shed light on this tragedy.

“We do not believe that is was a random case. We do not believe there is any threat to the community,” Putnam County Sheriff’s Office Col. Joseph Wells said. “The investigation is suggesting at this point that she knew the offender.”

It’s reported that police haven’t come forward to publicly name any persons of interest or suspects at this time. Nyeisha is described as a young woman with promise who was well-liked in her small community. Her five-year-old daughter is reportedly being cared for by Nyeisha’s grandmother, Josephine Blocker, who shared what these days have been like explaining these circumstances to the little girl.

“I can’t get too upset and show a whole lot of emotion, you know, to try to keep the baby calm, because she’s only five, and she senses a lot of stuff going on,” Blocker told WJAX-TV. 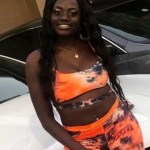 At the time of this publication, Nyeisha’s cause of death has not been shared.

Please share this story about Nyeisha Nelson to help bring resolution to her murder. She was our sister and her life matters.