In July 2020, relatives of Kierra Coles received devastating news from authorities. Two years prior, the 26-year-old went missing from Chicago, Illinois, and after investigating her case, investigators decided to put a halt on progressing forward. “The case is classified as suspended, meaning the case cannot proceed further at this time. That can happen for a variety of reasons, including detectives exhausting all leads at this time. It is not a permanent status and it can be changed if more information is made available,” police said in a statement last year. It was a blow for Kierra’s loved ones who have taken on the investigation themselves as they attempt to figure out what happened to the postal worker who was three months pregnant when she disappeared. 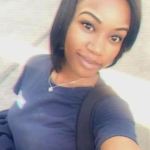 It was on October 2, 2018, when Kierra Coles reportedly went missing from the South Side of Chicago. Reports state that her vehicle was sitting outside of her apartment building with her purse and her packed lunch inside. There is a debate about the last time Kierra was seen; news stations shared a surveillance recording of a woman walking down the street in a Chatham neighborhood wearing a postal service uniform, claiming the person is the missing woman, especially because Kierra lived in the area. However, her relatives claim that the woman in the clip is not Kierra Coles.

“Coming from the horse’s mouth, that is not her walking across that video. I asked them several times to take that down,” Kierra’s father, Joseph Coles said. Kierra’s mother, Karen Philips added, “Happened to be someone who lived across the street who had a postal uniform on.”

“It’s a mother thing. You just know your child,” said Karen. “That’s not her walk. She was a little bit smaller and a little bit shorter.” She also claimed that police told her that the woman in the video wasn’t her daughter. Yet, police wouldn’t confirm or deny the identity of the person to reporters. 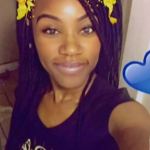 Later, a neighbor of Kierra’s also gave police a surveillance video of the evening the pregnant woman disappeared. It reportedly shows Kierra and her boyfriend, fellow postal employee Josh Simmons, leaving her apartment at the same time. The two are seen getting into separate vehicles but according to Simmons, they were going to the same place. He told authorities that they visited an ATM where Kierra took our $400 dollars and gave him the cash. Kierra was captured by the ATM machine’s camera completing the transaction.

“That’s a big thing that I struggle with every day. What really happened? I don’t know if she’s being tortured or if she’s safe or what,” Kierra’s mother told ABC News. “Sometimes I just have to completely put it out of my mind because it’ll wreck you.” She also thinks of her grandchild. “He or she will almost be two. And not knowing if she’s out there, the baby’s out there, if they’re together—it’s hurting.”

At the time of her disappearance, Kierra Coles was described as being 5 feet 4 inches tall and 125 pounds. She had black/dark brown hair and brown eyes. Kierra reportedly had at least two tattoos: a heart on her right hand/wrist and one on her back that reads “Lucky Libra.” She was three months pregnant when she went missing and was last seen wearing a postal service uniform.

Please share this story about Kierra Coles to help raise awareness about this case. She is our sister and her life matters.