Home » Chatani Wilson Has Been Missing From Virginia Since 2019

It’s reported that authorities don’t believe that Chatani Wilson is in danger, but the 22-year-old has been missing for over two years. The last time Chatani was seen was on February 12, 2019, in Suffolk, Virginia when her “juvenile brother” watched as she left home, but the specific details regarding her last movements are unclear. It has been shared by the National Missing and Unidentified Persons System (NamUs) that “she may be traveling in a black two-door older model car with flip lights” driven by a person named “Cin” or “Sin.” 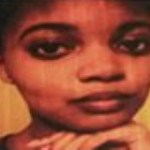 They also reported that the Chatani may have traveling to Virginia Beach, Virginia, but it hasn’t been revealed why she would go there, if she was meeting up with someone, or anything else about her personal or professional life. No other information has been shared about this case other than police believe she’s somewhere in Virginia. Chatani reportedly also has a child with who she hasn’t been in contact since she went missing.

She is not considered to be an endangered missing person nor is foul play suspected by authorities. However, nothing reported confirms that Chatani planned on walking away from her life and her family. 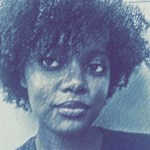 At the time of her disappearance, Chatani Wilson stood 5 feet 4 inches tall and weighed 120 to 140 pounds. She had brown hair styled naturally and brown eyes (but is known to wear gray contacts that don’t require a prescription). Chatani reportedly has two scars on her back that look like moles and a birthmark on her right thigh. She would be 24-years-old at the time of this publication. Her middle name is “Brene.”

Please share this story about Chatani Wilson to help reignite the investigation into her case. She is our sister and her life matters.