The last time there was a news update about Leila Cavett was back in October 2020. The 21-year-old Georgia mother disappeared from Hollywood, Florida on July 25 of that year under mysterious circumstances that reportedly involved 38-year-old self-proclaimed “witch-doctor” Shanon Ryan. According to reports, investigators were made aware of the missing mother after two-year-old Kamdyn, Leila’s son, was seen by a stranger wandering around a Miramar apartment complex barefoot with a soiled diaper. Authorities quickly turned to social media for help in identifying the then-unknown child and soon, a viral post was spotted by Leila’s loved ones in Alabama. 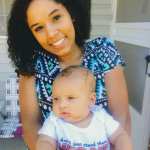 Three days after she disappeared, Leila’s vehicle was located abandoned in Hollywood, and reports state that Leila’s relatives were unaware that she was in Florida. An investigation would take strange twists and turns, but I’ll do my best to relay what has been reported about this case. Leila, who once lived in Alabama, reportedly traveled to Florida from Georgia, where she was residing, the day before she went missing. Shanon Ryan posted an hour-long video to his Facebook page where he made claims that he was the last person to have contact with Leila. He reportedly said that Leila, who he claims to have known since July 2019, traveled to Florida with the intention of selling him her vehicle, a pickup truck.

According to Ryan, he met up with Leila, who also had her son with her, at the RaceTrac gas station on Hollywood Blvd at approximately 2:30 p.m. on July 25. She allegedly sold Ryan the truck for $3,000 and he later told authorities that following the transaction, Leila and little Kamdyn got into his gold Lexus and traveled to Fort Lauderdale Beach. Ryan stated that they spent the day together and left the truck at the gas station but returned to retrieve the vehicle later on. 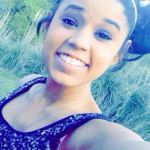 Ryan detailed what he said happened: they allegedly made their way back to RaceTrac and parked at the station’s gas pumps. It was around 2:30 a.m., claimed Ryan, when he saw Leila Cavett take her son and get into a dark sedan that had “several men” inside. While Ryan told detectives that this was the last time he saw Leila or her son, authorities looked through the RaceTrac surveillance footage and quickly poked holes in his story.

“Law enforcement reviewed the video surveillance footage from the RaceTrac gas station to determine whether L.C. (Cavett) left that morning in a dark sedan. The video surveillance did not show Ryan’s car at the pumps where he described it, nor did it show L.C. leaving in a dark sedan,” stated the arrest affidavit. It did, however, show that Leila arrived at the location in her vehicle on the 25th.

What the surveillance footage also showed was Shanon Ryan’s distinctive gold Lexus with a missing bumper leaving the RaceTrac gas station at 8:15 a.m. on the 26th, only to return once again at 8:38 a.m. Investigators also reportedly pulled footage from the apartment complex where young Kamdyn was found wandering alone and they saw Ryan’s gold Lexus in the complex just minutes before. Police analyzed the time frame to travel to both locations, a three-mile distance, and CBS Miami reported that police concluded it was “consistent with the time frame in which the child was abandoned and recovered.”

Cellphone records reportedly confirmed that Ryan was in the area.

SAC Piro: Oftentimes members of our community have information of value but do not come forward because of concerns that it may not be important. I urge you to come forward, even anonymously. Please call FBI Miami at 1-800-CALL-FBI or go to https://t.co/TWImx57Vov. pic.twitter.com/A1anAPIC1W

Authorities also tracked Shanon Ryan’s purchases which made investigators concerned for the safety of Leila Cavett. It seems that Ryan bought a few items at RaceTrac and a local Walmart including extra-large 39-gallon Hefty drawstring trash bags, extra-strength carpet odor eliminator, and advanced-strength duct tape. A search of his Lexus recovered a “half-empty container of all-purpose cleaner with bleach, numerous black trash bags, and a white powdery substance under the front passenger seat,” reports the Sun-Sentinel.

When speaking with people Ryan knew, authorities reportedly talked to a friend of the suspect who claimed that Ryan attempted to sell him Leila’s pickup truck the day after she went missing for $1,000. On August 9, 2020, just two weeks after Leila disappeared, Shanon Ryan returned to Facebook with claims that he reportedly made his purchases because he needed to cover a broken window space on Leila’s vehicle. 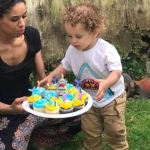 Yet, when investigators looked at the RaceTrac footage, Leila is seen arriving at the gas station with a vehicle that was completely intact. All windows were in place and there was no damage to either of her mirrors. After obtaining a search warrant on the truck following her disappearance, police saw a different scene as the driver’s side window was damaged as well as a driver’s side visor.

It’s unknown what happened to Leila’s vehicle after she visited RaceTrac. How it became abandoned and if she or someone else drove off with the truck is unclear.

“On August 15, 2020, a federal search warrant was executed on the iPhone Ryan was using and had in his possession. A forensic extraction of the iPhone revealed Google searches from July 26, 2020. Specifically. Law enforcement recovered a Google search at 12:01 AM for “What day does commercial garbage pickup for Hollywood, Florida.” Ryan also reportedly searched for, “Does bleach and alcohol make chloroform.”

Shanon Ryan was arrested and charged with kidnapping two-year-old Kamdyn “with the intent of collecting a ransom, reward, or other benefit and lying to a federal officer.” At the time of this publication, Ryan has not been charged with the disappearance of Leila Cavett. RaceTrac employees told authorities that they saw Ryan “using the gas station’s dumpster.” They also noted that the day after Leila vanished, they saw “children’s toys and women’s clothing” inside of the dumpster.

If those items have been DNA tested is unknown at this time.

In October 2020, Fox 13 reported that authorities searched the Monarch Hill Landfill in Pompano Beach in hopes of finding something that could aid in the investigation. They’ve been tight-lipped regarding the advancement of their ongoing probe into the disappearance of Leila Cavett.

“He’s everything to her. Kamdyn is her life, that’s the love of her life. She’s never going to leave him, never,” Leila’s father, Curtis Cavett, told the Sun-Sentinel. He, along with several of Leila’s loved ones, have continued to search for her.

In January 2021, Ryan was granted a delay in his case related to the kidnapping charges.

At the time of her disappearance, Leila Cavett stood 5 feet 3 to 5 feet 4 inches tall and weighed 110 to 115 pounds.  She had black/dark brown hair and brown eyes. Leila is described as having two tattoos:  the name “Kamdyn” on her upper right arm and a fish on her right wrist. Her middle name is “Amond.”

Please share this story about Leila Cavett to help bring her home. She is our sister and her life matters.

Lelisia Slade Was Drug-Addicted When She Vanished In 1988